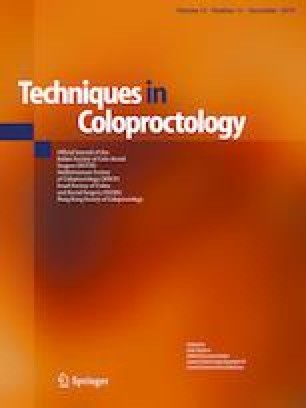 The patient was a 75-year-old man treated for prostate cancer with radiotherapy in 2006 and radical prostatectomy in June 2016 for recurrence. The tumor was classified as pT3b and Gleason 5 + 5. Three months following prostatectomy (September 2016), the patient presented with perineal pain and associated increased prostate-specific antigen. Initial surgical exploration found vesical necrosis under the bladder trigone. A total cystectomy with reimplantation of the ureters on an intestinal loop according to Bricker was, therefore, performed in November 2016.

This procedure performed in this study involving human participant was in accordance with the ethical standards of the institutional and/or national research committee and with the 1964 Helsinki declaration and its later amendments or comparable ethical standards.

Informed consent was obtained from patient included in the study.