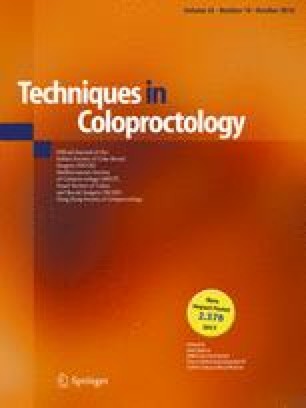 Lateral lymph nodes are involved approximately in 10–25% of patients with rectal cancer [1]; however, routine lateral pelvic lymph node dissection (LPLND) has not been shown to improve 5-year overall or disease-free survival [2]. Whilst in Japan, it is indicated for patients with T3–T4 rectal cancers [1], in Europe chemoradiotherapy is the modality of choice for treating lateral pelvic nodes. Lateral pelvic lymph node dissection is not a routine practice in most surgical centres in Europe. There is a belief that metastasis to lateral nodes suggest systemic disease and hence should be treated with chemoradiation. However, in selected patients the use of pelvic radiotherapy can be avoided by offering surgical excision of lateral nodes [3].

Robotic LPLND has demonstrated non-inferiority results versus laparoscopic LPLND, with lower rates of positive resection margins and higher 5-year disease-free survival [4]. Moreover, this technique offers better exposure and clearer visualization of the dissection plane and the surrounding structures. It allows the surgeon to perform a more accurate dissection reducing the risk of complications. The technique is shown in the attached video.

The patient was a 65-year-old male with a body mass index of 28 kg/m2. He had a robotic total mesorectal excision (TME) for a rectal cancer located 3 cm from the anorectal margin. Preoperative computed tomography scan showed suspicious left pelvic sidewall nodes (T3aN1). There was uptake on positron emission tomography scan in the left pelvic sidewall nodes (Fig. 1).

The TME was performed according to the single docking technique [5]. Port placement is represented in Fig. 2. Once the TME was completed, LPLND commenced. The first step was an incision alongside the medial umbilical fold and extending up to the common iliac artery. The left ureter and hypogastric nerve were identified early. Lymph nodes were dissected from the bifurcation of the common iliac artery downwards. The external iliac artery and vein were exposed and the lymph nodes were resected from the external iliac vessels (Fig. 3). The internal iliac vessels were then identified and cleared of lymphatic tissue (Fig. 4). Dissection was continued into the obturator fossa where the obturator nerve was identified medial to the external iliac vein and lateral to the superior vesical artery (Fig. 5), which was preserved. Attention was focussed on the internal iliac artery and the anterior division was dissected to expose the superior and inferior vesical, obturator and umbilical arteries. The lymph node mass was excised en bloc and retrieved in a bag. The robotic cart and arm setup was the same as for TME and other adjustments were made. Monopolar scissors, fenestrated bipolar grasper and a double fenestrated grasper were used for dissection.

Total operative time was 420 min, including 100 min for the LPLND. There was no injury to the surrounding tissues. The patient was discharged on the 7th postoperative day without any complications. Pathological findings were ypT2N0.

LPLND is a technically challenging procedure. Lymphadenectomy in a narrow pelvis amongst all the critical structures can be facilitated with the use of a robotic platform with enhanced vision and EndoWrist® instruments. There is a potential risk of serious complications and hence this procedure should not be attempted without proper training and mentoring.

Authors have no conflict of interest.

All procedures performed in studies involving humans were in accordance with ethical standards of the institutional research committee and the 1964 Helsinki declaration and its later amendments.

Informed consent was obtained from all participants.