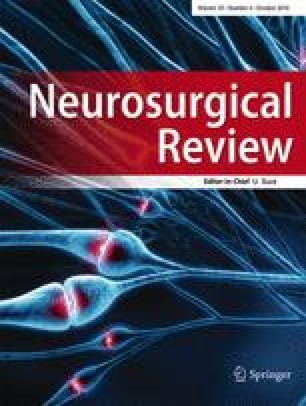 Direct clipping of giant partially thrombosed intracranial internal carotid artery (ICA) aneurysms is challenging, especially when important perforating arteries are involved. Proximal occlusion with bypass represents a possible alternative approach. An 80-year-old female presented with worsening visual acuity and severe headache caused by partially thrombosed giant (38 mm in diameter) aneurysms of the right ICA, suggestive of impending rupture. Direct clipping in conjunction with temporary occlusion of the lesion involving the anterior choroidal artery (AChA) was considered too risky. Thus, we sequestrated the ipsilateral ICA flow into a low-flow and a high-flow system using two external carotid artery (ECA)-ICA bypasses and one in situ bypass with cervical ICA ligation. As a result, the low-flow system by the superficial temporal artery-middle cerebral artery (MCA) bypass perfused mainly the proximal MCA lesions and aneurysm, whereas the high-flow system by ECA-radial artery-M2 bypass exclusively supplied the residual distal MCA area. This tailored flow sequestration successfully interrupted intra-aneurysmal flow and accelerated near-complete thrombosis of the aneurysm while preserving the AChA and avoiding any significant neurological deterioration. We conclude that this method is effective for the management of giant partially thrombosed aneurysms of the ICA, especially when direct clipping is difficult.

The authors present the successful treatment of a formidable ICA aneurysm in an octogenarian lady. They achieve this goal by several bypass procedures and the creation of high-flow and low-flow areas. The patient recovered reasonably well after the operation. The author’s work is in line with which in done in a few other neurosurgical centers in the world. As a personal comment—I do not know if I would recommend such a procedure to an octogenarian in general. Furthermore, I am missing a bit the discussion of the possible benefit of interventional procedures in such cases. These certainly have a place there and most likely will replace such complex procedures with further technical advances of interventional techniques. All this reminds me a bit of the deep hypothermia and cardiac arrest technique, whose application is nearly vaporized.

Irrespectively of all these comments—this patient is doing fine. The authors are to be congratulated to the successful operation of this case.

The authors described the effectiveness of “Tailored flow sequestration treatment using high-flow and low-flow bypass” for partially thrombosed giant internal carotid artery aneurysm. They successfully treated an elder patient of complicated partially thrombosed giant internal carotid artery aneurysm with a high flow, a low-flow and an in-site bypasses. I congratulate the authors for the good outcome in this case of complicated aneurysm. However, some problems seemed to lie in selection of revascularization. First, the authors described that collateral blood flow from the PCoA was almost same as blood flow from the high flow bypass from intraoperative microvascular Doppler assessment. Simply parent artery occlusion with low-flow bypass might be enough in the first place. Second, should such complex revascularization procedures as authors demonstrated be needed to prevent postoperative rupture due to reverse flow from bypass for every unclippable intradural aneurysm cases which are planed parent artery occlusion with high flow bypass? Long-term outcome study of intradural complex aneurysm treated with parent artery occlusion with revascularization should be conducted.