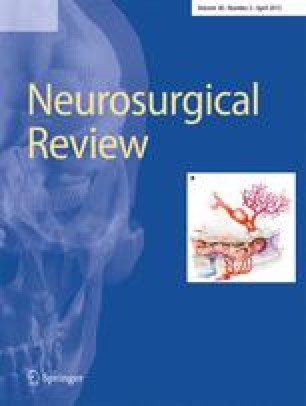 Balancing the benefit of extensive tumor resection with the consequence of potential postoperative language deficits remains a challenge in glioma surgery involving language areas. This study is designed to evaluate the impact of intraoperative magnetic resonance imaging (iMRI) and functional neuronavigation on surgical outcome in patients with gliomas involving language areas. Two hundred seventeen patients were prospectively enrolled, 124 in the study group underwent iMRI and functional neuronavigation-guided microsurgery and 93 in the control group underwent conventional navigation-guided microsurgery. Extent of tumor volume resection (EoR) and rate of gross total resection (rGTR) were calculated perioperatively. Aphasia quotient (AQ) was assessed to evaluate the change of language function perioperatively and at 6-month follow-up. Survival outcome for glioblastoma, including progression-free survival (PFS) and overall survival (OS), were recorded. In 198 glioma patients (112 in the study group and 86 in the control group), EoR (95.50 versus 89.85 %, p < 0.001) and rGTR (69.60 versus 47.70 %, p = 0.002) were significantly higher in the study group, and language functions were also better at 6-month follow-up in the study group (87.47 versus 78.73, p = 0.001). Furthermore, postoperative new aphasia occurred in 34.8 % of the control group, whereas it occurred only in 2.3 % of the study group (p < 0.001). In addition, PFS (12.5 versus 6.6 m, p = 0.003) and OS (19.6 versus 13.0 m, p < 0.001) for patients with glioblastomas were dramatically prolonged in the study group than in the control group. These results indicated that iMRI and functional neuronavigation may help maximize tumor resection, minimize language deficits in patients with gliomas involving language areas, and improve survival time for patients with glioblastomas.

Jiashu Zhang and Xiaolei Chen contributed equally to this study.

The authors have no personal financial or institutional interest in any of the drugs, materials, or devices in this article.

This is a large study on patients with low- and high-grade supratentorial, primary gliomas in or near the language areas of the dominant hemisphere aiming to compare the results of 124 patients in the study group who underwent intraoperative (iMRI) and functional neuronavigation-guided microsurgery, and 93 patients in the control group who underwent conventional navigation-guided microsurgery. The major result was a highly significant increase in survival time for the glioblastoma cases in the study group and a surprisingly lower incidence of postoperative aphasia. Thus, iMRI interpretation and update of language structures led to a modification of surgical strategy with additional tumor resection. Complete tumor resection was even accomplished in 30 patients.The lower incidence of aphasia after the more extended removal of tumor volume in spite of the more radical surgical procedure implemented by iMRI is somewhat counterintuitive. But it is in agreement with observations revealing that tumor tissue itself does not subserve function but rather exerts maladaptive effects on nearby eloquent tissue such as focal seizures or neurological deficits. Concurrent with tumor growth, the language system may have undergone major reorganization. Intraoperative stimulation and wake surgery for language monitoring provide further support for such functional plasticity.Another factor may be the contribution of dormant language functions of the minor hemisphere as impressively demonstrated in right-handed elderly children with Rasmussen’s encephalitis. Their preserved language functions after left-sided hemispherectomy clearly demonstrate the significance of this interhemispheric compensation. Although comparable mechanisms are largely unknown in adult cases, the concomitant activation of the right hemisphere language during fMRI reveals their recruitment. Postoperative fMRI and functional connectivity maps may help to unveil these complex network interactions.