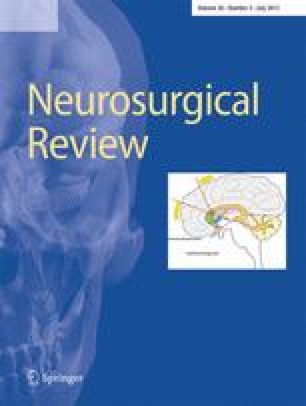 Tentorial dural arteriovenous fistulae (DAVF) are relatively uncommon and are the most dangerous type of DAVF. Because of a high incidence of hemorrhage and subsequent neurological deficits, treatment is mandatory. A consecutive series of nine surgically treated patients with symptomatic tentorial DAVF were analyzed in this study. All lesions were located around the tentorial incisura and were treated microsurgically using a subtemporal approach in eight cases and a supracerebellar approach in one case. The dural bases of the lesions were located adjacent to the tentorial edge in six patients and the tentorial apex in three patients. Complete obliteration was achieved in all treated tentorial DAVF. In one patient, the torcular fistula remained untreated without cortical venous reflux. Postoperative asymptomatic temporal lobe hemorrhage was diagnosed in one patient with a tentorial apex DAVF; however, no new neurological symptoms were present after surgical treatment. The subtemporal approach for unilateral tentorial DAVF is a favorable and direct approach for the highly skilled surgeon. Perimesencephalic venous dilatation or varix is an important finding on MRI to help localize tentorial DAVF in the tentorial edge or apex.

No funding or industrial financial support was received for this study.

The topic of this paper (surgical treatment of incisural DAVF) is a very complex one, for several reasons:

(a) The incidence of these fistulas is so infrequent, that large series are not available in the literature, and consequently a well tested treatment strategy has not been set jet.

(b) Neuroradiological treatment techniques are evolving, and the recent introduction of Onyx into the neuroradiological armamentarium has changed the approach in these years. Nowadays, many DAVF, also in the peri-incisural region, are treated by means of transarterial Onyx. This seems to have increased the rate of cure as compared to transvenous embolization. The Authors do not specify if the failed endovascular attempts to obliterate the DAVF had been carried out via a transarterial or transvenous approach. In any case, the patients reported underwent three unsuccessful endovascular procedures before being considered for surgery; this means that a subset of patients not amenable of endovascular treatment still exists, and needs surgery.

(c) The surgical approaches for patients presenting with peri-incisural DAVF may be extremely different, and the Authors discuss this point in their paper. Their arguments in favor of a subtemporal approach (for unilateral DAVF) are that it is the shortest way to reach the fistula, and that it allows a wider exposition of the tentorium, that must be cut and opened posterior to the fistula, for the need of an extensive coagulation. On the other hand, the subtemporal approach is a very delicate one (particularly on the left side), and it requires an absolute respect of the normal draining veins, especially the Labbè vein. Furthermore, the retraction of the temporal lobe must be minimized both in terms of quantity and of duration, to avoid postoperative complications (only one case of temporal hematoma in this series, without clinical consequences). For bilateral DAVF, the supracerebellar infratentorial approach has been used.

(d) The identification of the vein draining the fistula may not be so easy, particularly when operating among dilated veins in narrow spaces. The suggestion to use a micro-Doppler sonograph to detect the direction of flow is a useful one and must be kept in mind; moreover, the indocyanine green angiography may also be very helpful, both to identify the fistula and to control the efficacy of the surgery.

In conclusion, even in this neuroradiological era, there is a residual number of patients with peri-incisural DAVF who are not amenable of endovascular obliteration and who require surgical treatment. The subtemporal transtentorial approach has been demonstrated by the authors to allow an effective, although delicate, access to the fistula.

This is a paper describing the surgical treatment of tentorial dural arteriovenous fistulae (dAVF) located at around the tentorial incisura. The authors nicely documented the operative techniques as well as the results of their cases. Congratulations on their good results: the dAVF of this region is deep, and via either approach complete obliteration needs high surgical skills, the dilated draining veins might interfere the surgical approach. As the authors described, lumbar drainage is needed to lessen the temporal retraction. Approaching from the posterior side rather than from the anterior side might be closer and easier to reach the tentorial edge with less temporal retraction.

Dural arteriovenous fistulas (DAVF) of the tentorium and its medial edge leading to early cortical venous drainage are at an increased risk for bleeding and thereby, bleeding related morbidity. Treatment options must be balanced in an interdisciplinary concept regarding the efficacy and risks of endovascular and microsurgical methods. The goal must be complete elimination of the fistulous complex at the venous site, which requires exact analysis and identification of the DAVF point.

The authors present their experience of a series of surgically treated DAVF of the tentorial incisura using mainly the subtemporal approach. This approach provides an excellent exposure of the temporo-mesial structures and the lateral surface of the brainstem including important arterial and venous vessels. They point out important variants of this approach in order to achieve optimal exposure of the fistulous point.

In my opinion, in most cases, such lesions can be approached by standard craniotomies as the subtemporal, retromastoidal retrosigmoidal, or suboccipital supracerebellar approach with incision of the tentorium, if necessary. In the past, time-consuming combined supra- and infratentorial transpetrosal craniotomies were used to access tentorial DAVF; however, these complex approaches were abandoned towards standard procedures, not least based on a better understanding of the pathomorphological pattern.

Similarly to the observations by Hatano and colleagues, the efficacy of endovascular procedures is less compared to microsurgery, thus, their report provide an important contribution to improve the results in the treatment of tentorial DAVF.

This article from Taketo Hatano and cols. deserves special interest. They review the surgical treatment of nine arteriovenous dural tentorial malformations, specifically near the tentorial incisura. All the described cases are type III according to the Borden classification. Due to the anatomical configuration of the lesions in that particular area there is clear indication for treatment due to high risk of bleeding. As the initial endovascular approach had failed in all patients, surgery was undertaken. No morbidity or mortality was observed after surgical treatment. The key point of the article is the surgical treatment of this kind of lesions through subtemporal approach, done in all cases but one in which the obliteration of the fistula was carried out through a supracerebellar infratentorial approach. It is noteworthy that this simple and easy temporal craniotomy and subtemporal route can solve almost all the tentorial dural arteriovenous malformations. The surgical approach and details of the technique has also been nicely described step by step giving more value to this article. The good results of the surgical treatment in this series of patients would contribute to encourage neurosurgeons to avoid leaving surgically untreated this condition when the less invasive endovascular treatment is not feasible.