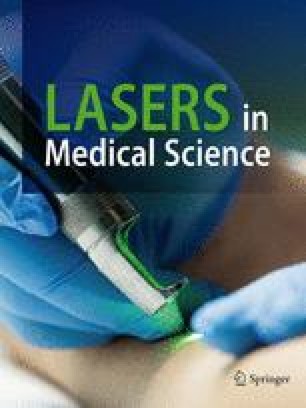 Based on results of cell studies and animal experiments, clinical trials with Low Level Laser Therapy (LLLT) were performed, which finally did not demonstrate a beneficial effect on outcome of wound healing. The aim of this study was to investigate whether the evidence from cell studies and animal experiments with respect to wound healing was unequivocally in favour of LLLT, which would imply that these models might be adequate to predict treatment response in patients, or that the data of cell studies and animal experiments were inconclusive, which would mean that the clinical trials were based on insufficient evidence. We performed a systematic review of cell studies and animal experiment with LLLT on wound healing. Manuscripts were identified by searching Medline, Embase, and SPIE (the International Society for Optical Engineering). We assessed whether studies showed a beneficial effect of active treatment or not. The effect size was expressed in standardised mean difference [(SMD) the mean outcome measure of the treatment group minus the mean outcome measure of the control group, divided by the pooled standard deviation of these measurements]. In-depth analyses were perfomed on (1) studies in which inflicted wounds on animals were irradiated and evaluated; (2) studies with primary outcome measures on dimensions with direct reference to wound healing (ranging from acceleration of wound closure to epithelialisation, but excluding surrogate dimensions with regard to wound healing; in this case: tensile strength); (3) animal studies with ‘true controls’; (4) studies in which animals functioned as their ‘own controls’ and (5) studies with the highest methodological quality score. The 36 included studies contained 49 outcome parameters of which 30 reported a positive effect of laser irradiation and 19 did not. Eleven studies presented exact data about the effect of active treatment and controls. The pooled effect size (SMD) over 22 outcome measures of these studies was −1.05 (95% CI: −1.67 to −0.43) in favour of LLLT. Methodological quality of the studies was poor. In-depth analysis of studies showed no significant pooled effect size in studies with highest methodological quality scores [0.06 (95% CI: −0.42 to 0.53)]. Summarising the data of cell studies and animal experiments, reviewed in this manuscript, these studies failed to show unequivocal evidence to substantiate the decision for trials with LLLT in a large number of patients. In fact, there were no differences between the results of these experiments and clinical studies. Remarkably, we found that (almost from the introduction on) animal experiments and clinical studies that adress the biological effects of LLLT on wound healing, ran simultaneously, rather than in sequence. We conclude that this type of phototherapy should not be considered a valuable (adjuvant) treatment for this selected, generally therapy-refractory condition in humans.