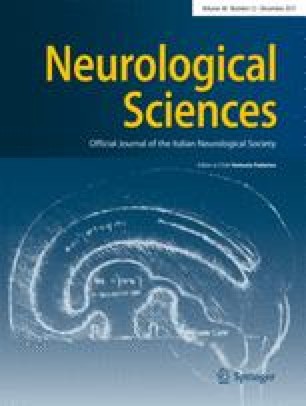 Wilson’s disease (WD) is a rare autosomal recessive disease due to impaired biliary excretion of copper. Its main neurologic symptoms are dysarthria and movement disorders such as dystonia, tremor, and parkinsonism [1, 2]. Herein, we report a case of central pontine myelinolysis (CPM) presenting as an uncommon presentation of WD.

A 34-year-old woman in the third trimester of pregnancy was referred to our hospital because of acute onset quadriplegia, anarthria, and dysphagia, started 2 weeks prior to admission. According to her family, past medical history was unremarkable, except for long-standing mild upper extremities’ action tremor. Her pregnancy so far had been uneventful; there was no history of hyperemesis, vomiting, or use of medications. Family history of neurological diseases was negative. On neurologic examination, she was awake and alert but could only respond to questions with eye blinking. There was no ophthalmoplegia but saccadic eye movements were slow especially in...