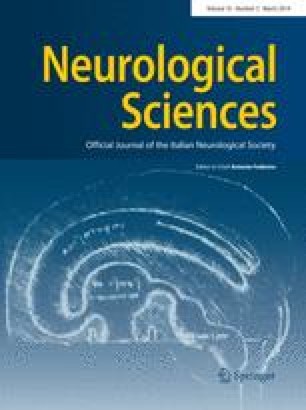 Japanese encephalitis (JE) represents a major health problem in Southeast Asia where it remains the most important cause of viral encephalitis. Rare in the developed countries, JE is caused by a mosquito-born flavi virus able to procure an extensive damage to the basal ganglia, which is accompanied by a very high mortality in the acute phase [1, 2]. In 20–60 % of JE survivors a variety of movement disorders have been reported [1, 2], especially transient parkinsonian features and dystonia, reminiscent of post encephalitic sequelae following encephalitic lethargica.

In the endemic areas, JE infection mainly affects children, declining after the age of 14, owing to herd immunity probably effect of continuous subclinical JE expositions [1]. Although JE regional predilection, the clinicians should be aware of this aetiology in patients returning from Asia, presenting with an acute febrile illness, as the travellers to endemic areas may have devastating JE infections due to the absence of...

Patient signed the appropriate informed consent for video recording, approved by the Ethical Commission of our Institute. All authors have read the manuscript, the paper has not been previously published and is not under simultaneous consideration by another journal. No ghost writing by authors not named on the list. Dr. Spagnolo conducted this study as partial fulfilment of her PhD in Molecular Medicine, Program in Experimental Neurology, Vita-Salute University, Milan.