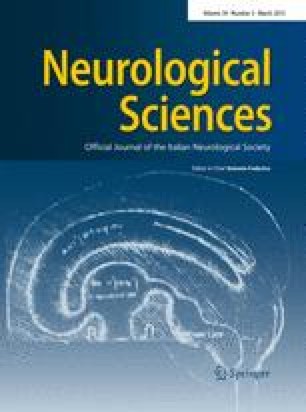 Sandifer syndrome (SS), named after Dr. Paul Sandifer, is a rare disorder usually occurring in infants and young children. It is primarily characterised by dystonic movements of head and neck associated with gastroesophageal reflux disease (GERD) and it is considered as a neurological disorder [1].

Very rarely SS has been recognized in adults, and to the best of our knowledge, only two case reports have been published in this regard [2, 3]. Shahnawaz et al. [2] reported a 58-year-old African woman with SS which acutely manifested itself 3 months prior to diagnosis. Dystonic symptoms of the disorder began in close proximity to her facial palsy. Somjit et al. [3] presented a case of a 27-year-old male with intellectual disability who had episodes of acute pain, and head and eye deviation to one side which was incorrectly diagnosed to have refractory partial seizures.

We present an atypical case of SS in an adult male with a longstanding history of dystonic symptoms...

Dystonia Intellectual Disability Gastroesophageal Reflux Disease Rabeprazole GERD Symptom
These keywords were added by machine and not by the authors. This process is experimental and the keywords may be updated as the learning algorithm improves.