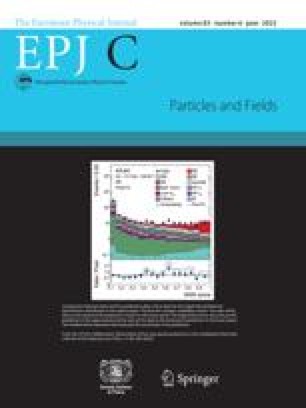 A minimal extension of the standard model includes extra quarks with charges 2/3 and/or \(-1/3\), whose left-handed and right-handed components are both SU(2) singlets. This model predicts new interactions of the flavor-changing neutral current at the tree level, which also violate CP invariance. We study CP-odd anomalous couplings for the W, W, and Z gauge bosons induced by the new interactions at the one-loop level. These couplings become non-negligible only if both up-type and down-type extra quarks are incorporated. Their form factors are estimated to be maximally of order \(10^{-5}\). Such magnitudes are larger than those predicted in the standard model, though smaller than those in certain other models.

Form Factor Tree Level Gauge Boson Neutral Current Anomalous Coupling
These keywords were added by machine and not by the authors. This process is experimental and the keywords may be updated as the learning algorithm improves.