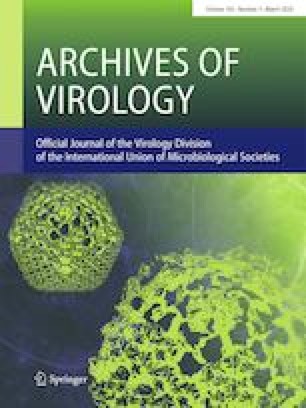 Porcine deltacoronavirus (PDCoV) is a novel coronavirus that can cause vomiting and watery diarrhea in pigs and death in piglets. Since PDCoV was first detected in 2009 in Hong Kong, the prevalence of PDCoV has increased in recent years, resulting in serious economic losses to the swine industry. The coronavirus spike (S) protein is an antigen that has been demonstrated to contain epitopes that induce neutralizing antibodies. The presence of serum and milk IgA antibodies against pathogens that replicate primarily on mucosal surfaces is important for mucosal immunity. Here, an indirect anti-PDCoV IgA antibody enzyme-linked immunosorbent assay (PDCoV S1 IgA ELISA) using the purified S1 portion of S protein as the coating antigen was developed to detect PDCoV IgA antibodies in serum and sow’s milk. A receiver operating characteristic (ROC) curve analysis showed high specificity and sensitivity of the PDCoV-S1-IgA-ELISA based on samples confirmed by IFA. Anti-PDCoV IgA antibodies in 152 serum samples and 65 milk samples collected from six farms that had experienced diarrhea outbreaks within previous last two years were detected by this assay, and 62.5% of the serum samples and 100% of the milk samples were positive for PDCoV. The indirect ELISA method established in this study will provide a convenient tool for measurement of serum and milk IgA levels against PDCoV in pig herds, rapid detection of PDCoV infection in pigs, and evaluation of the immunogenicity of vaccines.

Manman Lu and Qiuge Liu contributed equally to this work.

Porcine deltacoronavirus (PDCoV) is a novel coronavirus that was first discovered in 2009 in Hong Kong [1]. The virus was then identified in the United States in February 2014, and severe outbreaks soon occurred in multiple states in the United States [2, 3, 4, 5]. Shortly thereafter, PDCoV was identified in South Korea, mainland China, Thailand, Canada, and Laos [6, 7, 8, 9]. Since PDCoV was detected in mainland China in 2015, the prevalence of PDCoV has continued to increase and has resulted in serious economic losses to the swine industry [10, 11]. PDCoV strain NH was successfully isolated from the small intestine of sick piglets using porcine kidney cells in China [12].

PDCoV is an enveloped, single-stranded, positive-sense RNA virus with a genome length of appropriately 25 kb belonging to the genus Deltacoronavirus, family Coronaviridae [13]. Like other coronaviruses, PDCoV also contains four main structural proteins: the spike (S), envelope (E), membrane (M), and nucleocapsid (N) proteins. The S protein is postulated to contain epitopes that induce neutralizing antibodies, and it has receptor-binding, cell membrane fusion, and virus entry functions [14, 15]. In most coronaviruses, the S protein is cleaved into two separate polypeptides, S1 and S2, by a host cell furin-like protease. S1 is the large receptor-binding domain, while S2 mediates membrane fusion and virus entry [16, 17, 18]. Enzyme-linked immunosorbent assays (ELISAs) for the detection of antibodies against porcine epidemic diarrhea virus (PEDV) and transmissible gastroenteritis virus (TGEV) based on the purified S1 portion of the S protein have been successfully developed [19, 20, 21].

Several reports have described ELISAs for detection of neutralizing antibodies or immunoglobulin (IgG) in serum samples [22, 23, 24]. However, PDCoV is an enteric pathogen, and the presence of IgA antibodies against pathogens that replicate primarily on mucosal surfaces is important for mucosal immunity. IgA is an important immunoglobulin for mucosal immunity that can be detected in serum and milk of pigs after virus challenge or inoculation, and therefore serum and milk IgA antibodies to enteric pathogens can act as indicators [25, 26]. Therefore, measuring IgA levels in serum and milk samples is critical for evaluating the level of protection of the mucosal response against PDCoV infection. Here, we have developed an indirect anti-PDCoV IgA antibody ELISA that uses the purified S1 portion of PDCoV S protein as a coating antigen. This assay will serve as a convenient tool for measuring of serum and milk IgA antibody levels in pig herds. Many studies have shown that serum antibodies are passed mainly to piglets through sow’s milk, which results in passive immunoprotection. IgA antibodies have a variety of biological functions, such as inhibiting adhesion and immunological exclusion and neutralization of viruses [27]. Thus, an indirect ELISA for detection of IgA antibodies against PDCoV can be used as a sensitive and specific quantitative method to evaluate immunity to PDCoV.

The animal experiments were approved by Harbin Veterinary Research Institute and performed in accordance with animal ethics guidelines and approved protocols. The approval number of the Animal Ethics Committee is Heilongjiang-SYXK-2017-009. All sera and milk samples used in this study were obtained as routine diagnostic samples collected from six pig farms in China with the farm owners’ permission.

Synthesis and expression of the PDCoV S1 gene

The region encoding the putative S1 domain (amino acids 1-672) of PDCoV strain NH (GenBank no. KU981062.1) was terminally fused to the Fc domain of human IgG1, synthesized by and purchased from BGI (Beijing, China), and then cloned into the KpnI-EcoRI restriction sites of the eukaryotic expression vector pcDNA3.1(+) to yield the recombinant plasmid pcDNA3.1-S1-Fc. The S1-Fc fusion protein was expressed in 293T cells transfected with pcDNA3.1-S1-Fc, analyzed by 12% sodium dodecyl sulfate polyacrylamide gel electrophoresis (SDS-PAGE), and purified using protein A Sepharose CL-4B (GE Healthcare, WI, USA) according to the manufacturer’s instructions.

ELISA plate wells (Costar, Corning NY, USA) were coated with 0.625 μg of purified PDCoV S1 protein per ml in a bicarbonate/carbonate coating buffer (pH 9.6) at 4 °C overnight. Plates were washed three times with PBST and blocked with 5% (w/v) nonfat dried milk at 37 °C for 2 h. After the plates were washed three times with PBST, the diluted sera or milk (1:100) was added to the wells (100 μl/well) and incubated at 37 °C for 1 h. The plates were washed three times and incubated with 100 μl of HRP-conjugated IgA (1:10,000) (Bethyl Laboratories, Montgomery, TX, USA) at 37 °C for 1 h. After washing three times with PBST, 100 μl of 3,3′,5,5′-tetramethylbenzidine (TMB) was added to the wells, the plate was incubated for 15 min at room temperature, and the reaction was stopped by adding 50 μl of 2 M H2SO4. OD values were read at 450 nm using an ELx808 Absorbance Microplate Reader (BioTek Instruments, VT, USA).

Determination of the cutoff value for the PDCoV-S1-IgA-ELISA

To investigate the reproducibility of the PDCoV S1 IgA ELISA, intra- and inter-assay coefficients of variation (CV) were determined using eight control sera. The intra-assay CV was used to express the reproducibility of the assay within one plate. Eight replicate samples for each concentration were measured to get the intra-assay CV. The inter-assays were carried out on three different days to obtain the inter-assay CV. To evaluate the specificity of this ELISA, antisera against PEDV, TGEV, PoRV, and PCV2 were tested using the PDCoV S1 IgA ELISA. The reaction conditions were the same as those used for the PDCoV S1 IgA ELISA procedures. The PR value of the test samples was calculated. Each sample was tested three times, and the mean PR value was used to determine whether the sample was positive or negative.

To evaluate the practicality of the PDCoV-S1-IgA-ELISA, a total of 125 serum samples from Hebei Province that had been tested in a neutralization assay (Table S1) were randomly selected. These serum samples were tested using the PDCoV S1 IgA ELISA. Each sample was tested three times. Meanwhile, 125 serum samples were subjected to IFA using PDCoV. The IFA procedure was the same as that described above. To evaluate the sensitivity and specificity of the PDCoV S1 IgA ELISA, a receiver operating characteristic (ROC) curve was generated using the results of the IFA as the standard for negative and positive determination. Statistical analysis was carried out using SPSS software (version 11.5 for Windows, SPSS Inc., Chicago, IL, USA).

Eukaryotic expression of the synthesized S1 gene of PDCoV was done using the vector pcDNA3.1(+) with an Fc tag. The results showed that the S1 protein of PDCoV was successfully expressed with a Fc tag (Fig. 1A). Furthermore, the purified PDCoV S1 protein was verified by western blotting with anti-Fc-tag mAb and anti-PDCoV pAb, respectively (Fig. 1B).

Cutoff value of the PDCoV-S1-IgA-ELISA

Repeatability and specificity of the PDCoV S1 IgA ELISA

Detection of PDCoV in field samples

PDCoV can cause vomiting and watery diarrhea in pigs, resulting in serious economic losses to the swine industry. Here, we have developed an indirect anti-PDCoV IgA ELISA that used the purified PDCoV S1 protein as a coating antigen for the measurement of serum and milk IgA levels in pigs, and used this assay to determine the prevalence of PDCoV on a few pig farms in China that had experienced diarrhea outbreaks within the previous two years.

In PDCoV-infected pigs, serum IgG and IgA antibodies could be detected at 14 days post-inoculation, after which PDCoV-specific IgG and IgA antibody titers increased and remained high until the pigs had fully recovered from clinical disease [28]. In our study, IgA-positive milk samples tested negative for IgG, indicating that the concentration of IgG antibodies in milk was relatively low or that the method was not sensitive enough to detect IgG antibodies. Based on what is known about IgA and IgG dynamics during PDCoV infection, we chose to detect IgA rather than IgG, which allows PDCoV infection to be monitored by detecting IgA antibodies in milk samples. PDCoV is an enteric pathogen that replicates primarily on mucosal surfaces. As with other coronaviruses, the presence of serum antibodies against PDCoV is not always correlated with protection. On the contrary, detection of antibodies only shows that individuals have had previous contact with pathogens or have been vaccinated [25, 26, 27].

In the present study, an indirect PDCoV IgA ELISA was developed to monitor IgA levels in serum and milk. This assay will aid in the future assessment of protection against PDCoV infection. Mucosal immunity plays an important role in immune protection, not only because it has a general pathogen-clearing effect but also because it involves both humoral and cellular immunity [29]. IgA is an important immunoglobulin for mucosal immunity that is secreted by the intestinal mucosa, and it provides resistance against invasive pathogens. High-affinity IgA can directly neutralize toxins and pathogens, while low-affinity IgA can prevent pathogen adhesion. IgA is also an important serum immunoglobulin that mediates a variety of protective functions through interactions with specific receptors and immune mediators [30].

PDCoV has an obvious intestinal tropism, and it is necessary to investigate the dynamics of PDCoV antibody production and antibody duration to better understand the mechanism of immunity to virus-induced diarrhea. Therefore, the indirect ELISA method established in this study provides a convenient tool for measuring serum and milk IgA levels in pigs as well as a basis for studying clinical IgA antibody responses to PDCoV infection and assessing the efficacy of future vaccines.

This study was funded by the National Key Research and Development Program of China (2016YFD0500705) and the Heilongjiang Province Natural Science Foundation of China (C2016065).

All the authors declare that they have no conflict of interest.

All procedures involving animals were done in accordance with ethical standards.