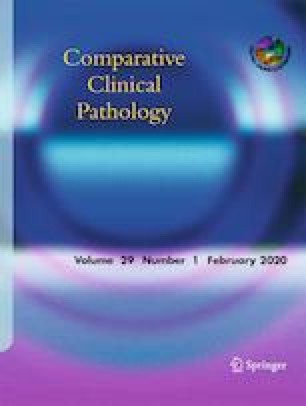 Malignant pleural effusion greatly alters patient’s quality of life and pleurodesis significantly improves this index in these patients. Numerous agents have been introduced for pleurodesis. In this study, sodium tetradecyl sulfate (STS) is used for induction of pleurodesis and its efficacy is compared with other sclerosing agents: talc powder and bleomycin. Randomly divided four groups of rats undergone pleurodesis using STS, bleomycin, talc powder, and normal saline. The efficacy of each agent is investigated both microscopic and grossly. The most severe fibrosis was induced by bleomycin and STS respectively and this fibrosis was statistically significant in microscopic evaluation scales. Grossly the most severe fibrosis was induced by bleomycin. Talc Powder and STS caused less fibrosis but the same degree in gross evaluation. This study demonstrates the efficacy of STS for induction of pleurodesis in rat; however, further studies should be done for evaluation of its safety and efficacy in human subjects.

Pleurodesis is defined in last decades to attach the visceral and parietal pleura in patients with malignant and non-malignant conditions. The procedure is not therapeutic but improves patient’s quality of life by decreasing dyspnea. The main mechanism is chemical pleuritis and subsequent fibrosis. Failure rate of pleurodesis is different with sclerosing agents and some indices have been described for predicting successful pleurodesis. (Light 2013)

Numerous agents have been used for induction of pleurodesis such as talc powder, bleomycin, iodine povidone, autologous blood, tetracycline, and many other agents. Each agent has its own advantage and disadvantages and success rate of pleurodesis is different with each agent. (Suárez and Gilart 2013)

There are some complications that are reported with pleurodesis including acute respiratory distress syndrome (Light 2013) and activation of systemic coagulation and thrombotic events. (Rodriguez-Panadero and Montes-Worboys 2012) This issue demonstrates the necessity for searching newer sclerosing agents for safer pleurodesis.

Sodium tetradecyl sulfate (STS) is a detergent substance that works by disrupting the membrane of cells. It was approved by the Food and Drug Administration since 1946 for sclerotherapy of varicose veins. (Jenkinson et al. 2017) Rather than venous sclerotherapy, it is used for treatment of hydrocele (Musa et al. 2015), renal cyst (Demir et al. 2007), and Kaposi sarcoma (Ramírez-Amador et al. 2002).

In this study, the authors introduce STS as a previously known sclerosing agent as a pleurodesis agent and compare its efficacy in animal model of pleurodesis with other agents.

After approval of the ethics committee at Kerman University of Medical Sciences regarding guide lines for care and use of laboratory animals, the study was started at Kerman Neuroscience Research Center animal lab.

Adult male rats with mean weight of 270 g (225–320 g) were enrolled in the study. These rats were kept in standard cages with free access to the water and food, physiologic day night cycles and constant temperature and humidity.

The rats were randomly assigned to four groups as STS, bleomycin, talc, and normal saline. Each group comprised nine rats. All of the animals were anesthetized with combination of ketamine and xylazine. Under general anesthesia with aseptic condition, a 1-cm incision was made over the seventh rib at the level of posterior axillary line. After creating a subcutaneous tunnel, a 5-French catheter was introduced in to the right pleural space via this tunnel. The sclerosing agent was injected via the catheter and after aspiration of excess air the catheter was removed.

The sclerosing agents were diluted in 0.5 cc of normal saline. The final concentration of STS was 1% and the concentrations of bleomycin (5 unit/kg) and talc (60 mg/kg) were adjusted regarding animal weight.

After 30 days, the animals were euthanized and the lungs with overlying chest wall were completely excised. The lungs were expanded with intratracheal injection of formalin and the specimen was kept in buffer solution for 48 h.

The samples were investigated both microscopic and grossly. Regarding previous reports (Mitchem et al. 1999), the specimens were grossly graded with following scale: 0 considered normal, 1 as scattered point fibrosis, 2 as diffused adhesion, and 3 as complete obliterating of pleural space with adhesion.

The most severe fibrosis in this study was induced by bleomycin, STS, and talc respectively. Figure 1 reveals fibrosis evaluation using hematoxylin and eosin staining. Moderate fibrosis was more prevalent in the talc group. Saline injection in to the pleural cavity was associated with mild fibrosis in eight specimens out of nine. Table 1 demonstrates the distribution of fibrosis severity between different groups. Figure 2 demonstrates fibrosis scale with Masson trichrome staining technique.
Table 1

Table 2 demonstrates the inflammation severity in different groups. It shows that STS caused higher degree of inflammation rather than Talc and bleomycin and this difference is statistically significant. Comparing groups in Tables 1 and 2, it is seen that moderate inflammation was associated with more severe fibrosis.
Table 2

Gross evaluation of animals’ thoracic cavity showed the greatest amount of fibrosis in the bleomycin group while talc and STS induce the same amount of fibrosis and both were less than bleomycin. This difference was also statistically significant (Table 4).
Table 4

No mortality was encountered during the study and one case of lung fibrosis was seen in the STS group. Lung alveolar hemorrhage (Fig. 3) was reported in one of the animals who received talc.

This report demonstrates the high efficacy of bleomycin in pleurodesis induction but its clinical use is limited due to high cost of drug (MC et al. 2006) and risk of systemic absorption and possible toxicity. (Rodriguez-Panadero and Antony 1997)

STS is a known sclerosing agent commonly used in sclerotherapy of varicose veins (Jenkinson et al. 2017) and in literature review despite reports about using it for sclerosing of different organs, there were no reports about using STS in pleurodesis. It is thought that detergent sclerosants such as STS cause total endothelial destruction results in sub-endothelial exposure which leads to exposure of collagen fibers (Duffy 2010) with presumption that the same process might occur by intrapleural injection of STS the study was designed.

We found the greatest mesothelial hyperplasia in the STS group which might be due to greater irritation of mesothelium by STS but gross fibrosis which is the main outcome of pleurodesis was less than bleomycin and the same as talc powder. We investigate pleural cavity 30 days after pleurodesis which is the same period as other studies (Hashemzadeh et al. 2012) so the possibility of missing pleurodesis due to early investigation of thoracic cavity is less probable. However, previous studies did not use STS and the nature of STS-induced inflammation may be different.

Although our study showed the potency of STS for pleurodesis induction in animal model, further studies are suggested for evaluation of inflammation and fibrosis in longer periods. Since intrapleural injection of STS is not investigated before, it is suggested to evaluate its complication regarding injection into the pleural space.

This study was financially supported by a grant from Kerman University of Medical Science Vice Research Chancellor.

After approval of the ethics committee at Kerman University of Medical Sciences regarding guide lines for care and use of laboratory animals, the study was started at Kerman Neuroscience Research Center animal lab.

The authors declare that there is no conflict of interest.