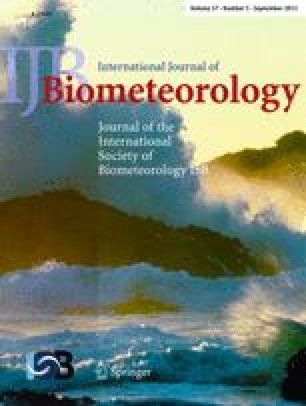 Normalized difference vegetation index data from the polar-orbiting National Oceanic and Atmospheric Administration meteorological satellites from 1982 to 1999 show significant variations in photosynthetic activity and growing season length at latitudes above 35°N. Two distinct periods of increasing plant growth are apparent: 1982–1991 and 1992–1999, separated by a reduction from 1991 to 1992 associated with global cooling resulting from the volcanic eruption of Mt. Pinatubo in June 1991. The average May to September normalized difference vegetation index from 45°N to 75°N increased by 9% from 1982 to 1991, decreased by 5% from 1991 to 1992, and increased by 8% from 1992 to 1999. Variations in the normalized difference vegetation index were associated with variations in the start of the growing season of –5.6, +3.9, and –1.7 days respectively, for the three time periods. Our results support surface temperature increases within the same period at higher northern latitudes where temperature limits plant growth.