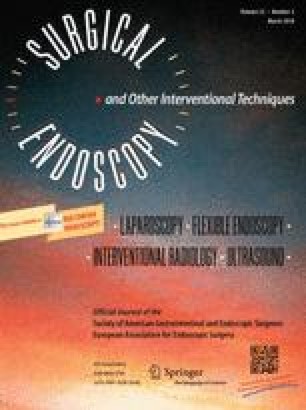 Variation and treatment of vessels in laparoscopic right hemicolectomy

With the introduction of complete mesocolic excision (CME) and the application of laparoscopic technique, surgery for colon cancer has become more standardized and the curative effect has improved [1]. The key points in laparoscopic right hemicolectomy are high ligation of main vessels and root dissection of lymph nodes. The wide range of variations in vascular architecture and intraoperative bleeding are common causes of prolonged surgical time, wound hemorrhage, and even transfer to the opening operation.

The superior mesenteric vein (SMV) is the most important anatomical landmark in CME for the right colon, and guides all the steps of lymph node dissection. The SMV appears as a pale blue bulge on laparoscopy, which enables accurate positioning. The ileocolic vessel pedicle is relatively constant and facilitates accurate positioning. The intersection of the ileocolic vessel pedicle and the SMV is the optimal starting point in laparoscopic right hemicolectomy using a medial-to-lateral approach. A sheath with an avascular plane can be reached after opening the SMV vascular sheath, which results in less bleeding and enables vascular root and thorough lymph node dissection. The first step is to manage the ileocolic vessels. The ileocolic artery (ICA) is located anterior to the ileocolic vein (ICV) for about one-third of the incidence. The ileocolic vessels are relatively long and are easy to work with. In the vast majority of cases, the ICV drains into the SMV, and into the gastrocolic trunk (GCT) in about 2.5% of cases. The reported incidence of a right colic artery (RCA) is controversial; the RCA is absent in about 50% of cases and often crosses the SMV. The right colic vein (RCV) usually drains into the GCT, but sometimes drains directly into the SMV. The middle colic vessels have great variability and a close anatomical relationship with the pancreas, duodenum, and GCT. Moreover, the transverse colon and mesentery are long, and root positioning and processing of the middle colic vein (MCV) are relatively difficult. With the SMV and pancreas as anatomic landmarks, it is more feasible to locate the blood vessels in the neck of the pancreas. The middle colic artery (MCA) originates from the superior mesenteric artery (SMA), and the distance from the inferior border of the pancreas differs slightly in the literature, but is at the most 5 cm. Identification of the MCA trunk and branches, as well as the common origin of the MCA and RCA, is of great importance for the maintaining the blood supply during surgery for primary colon cancer. The MCV mainly drains into the SMV and GCT; however, if branching variation drains into the jejunal vein, inferior mesenteric vein, or splenic vein, the effect is serious when a vessel is torn. Isolation of the GCT is the step at which bleeding will likely occur in standard right resection and is a difficult stage of the surgery. The GCT has five origins including the right gastroepiploic vein (RGV), right colic vein (RCV), accessory right colic vein (ARCV), pancreaticduodenal vein (PDV), and MCV, which can have 2, 3, or 4 branches; therefore, familiarity with variants may be helpful to avoid bleeding. Approximately 5–10% of colon cancers at the hepatic flexure have No. 6 group lymph node metastasis, and laparoscopic radical extended right hemicolectomy requires thorough dissection of No. 6 group lymph nodes and the omental arcade 10 cm from the pylorus. The inferior arteriovenous vessels are a common source of bleeding, and the RGV can serve as a clue to finding the artery.

The core area of laparoscopic radical extended right hemicolectomy includes the pancreatic neck, duodenum, and right gastroepiploic vessels. The difficulty lies with the standard treatment of the GCT. A medial-to-lateral approach is more in line with the principle of no-touch in tumor surgery and is applied from lower to upper, inside to outside, and left to right, for both the vessels and plane of dissection. Familiarity with vascular variation and the management of vessels in key areas are essential for successful surgery.

Kai Ye, Jianan Lin, Yafeng Sun, Yiyang Wu, JianhuaXu and Songbing He have no conflicts of interest or financial ties to disclose.