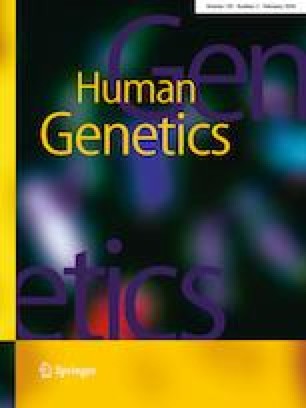 Novel mutations in SPEF2 causing different defects between flagella and cilia bridge: the phenotypic link between MMAF and PCD

Severe asthenozoospermia is a common cause of male infertility. Recent studies have revealed that SPEF2 mutations lead to multiple morphological abnormalities of the sperm flagella (MMAF) without primary ciliary dyskinesia (PCD) symptoms in males, but PCD phenotype was also found in one female individual. Therefore, whether there is a phenotypic continuum ranging from infertile patients with PCD to MMAF patients with no or low noise PCD manifestations remains elusive. Here, we performed whole-exome sequencing in 47 patients with severe asthenozoospermia from 45 unrelated Chinese families. We identified four novel biallelic mutations in SPEF2 (8.9%, 4/45) in six affected individuals (12.8%, 6/47), while no deleterious biallelic variants in SPEF2 were detected in 637 controls, including 219 with oligoasthenospermia, 195 with non-obstructive azoospermia, and 223 fertile controls. Notably, all six patients exhibited PCD-like symptoms, including recurrent airway infections, bronchitis, and rhinosinusitis. Ultrastructural analysis revealed normal 9 + 2 axonemes of respiratory cilia but consistently abnormal 9 + 0 axoneme or disordered accessory structures of sperm flagella, indicating different roles of SPEF2 in sperm flagella and respiratory cilia. Subsequently, a Spef2 knockout mouse model was used to validate the PCD-like phenotype and male infertility, where the subfertility of female Spef2−/− mice was found unexpectedly. Overall, our data bridge the link between MMAF and PCD based on the association of SPEF2 mutations with both infertility and PCD in males and provide basis for further exploring the molecular mechanism of SPEF2 during spermiogenesis and ciliogenesis.

The authors would like to thank all families and individuals participated in this study. We are grateful to the excellent technical support provided by Junpu Wang, as well as support from the clinical and nursing staff at the Reproductive and Genetic Hospital of CITIC-Xiangya. We also want to thank Director Hong Luo and Dr. Ting Guo in the Department of Respiratory, Second Xiangya Hospital of Central South University for their generous help with PCD diagnosis, and Zhuoyao Guo and Weicheng Chen at the Department of Respiratory, Children's Hospital of Fudan University for their generous help with the high-speed video microscopy for tracheal epithelial cilia and oviduct cilia. We also acknowledge the support of the National Natural Science Foundation of China (81971447 and 81771645 to YQ.T), the National Key Research & Developmental Program of China (2018YFC1004900 to YQ.T), the science and technology major project of the ministry of science and technology of Hunan Province (2017SK1030 to YQ.T), and the China Postdoctoral Science Foundation Funded Project (2019M662786 to CF.T).

The authors declare no conflict of interest.