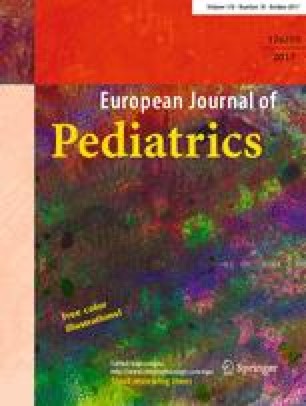 Vitamin D has attracted considerable interest in recent years, with a marked increase in diagnosis of vitamin D deficiency seen among children in clinical practice in the UK. The economic implications of this change in diagnostic behaviour have not been explored. We performed a cohort study to examine longitudinal trends in healthcare expenditure arising from vitamin D testing and prescribing for children in primary care in England, using the electronic healthcare records of 722,525 children aged 0–17 years held in The Health Improvement Network database. Combined costs of vitamin D tests and prescriptions increased from £1647 per 100,000 person-years in 2008 (95% CI, £934 to £3007) to £28,913 per 100,000 person-years in 2014 (95% CI, £26,361 to £31,739). The total cost of vitamin D prescriptions and tests for children in primary care at the national level in England in 2014 was estimated to be £4.31 million (95% CI, £2.96–£6.48 million).

Conclusion: There has been a marked increase in healthcare expenditure on vitamin D tests and prescriptions for children in primary care over the past decade. Future research should explore the drivers for this change in diagnostic behaviour and the reasons prompting investigation of vitamin D status in clinical practice.

Vitamin D has attracted considerable interest in recent years. Alongside concerns regarding a rise in cases of rickets among children in developed countries [1], a large body of observational research has stimulated debate regarding the postulated role of vitamin D deficiency (VDD) in numerous other diseases (beyond the hormone’s established functions in bone metabolism and calcium homeostasis) [15].

As vitamin D has attracted increasing attention, large increases in testing have been reported in adult practice in Australia and Canada [3]. Given the controversy regarding threshold 25-hydroxyvitamin D (25-OH-D) values used to define deficiency [7, 9, 14, 15], the high prevalence of low 25-OH-D levels in the general population, and uncertainty regarding whether treatment of biochemical VDD in asymptomatic individuals improves health outcomes, some authors have suggested that the large growth in testing in recent years reflects potential over-diagnosis and unnecessary health care costs [3, 15]. In UK children, there has been a marked increase in diagnosis of VDD in clinical practice over the last decade [2]. The aim of this study was to explore the economic implications of this change in diagnostic behaviour. Using a large population-based cohort of children in England, we examined longitudinal trends in healthcare expenditure arising from vitamin D testing and prescribing in primary care.

Children aged 0–17 years, actively registered with a participating practice at any point between 2000 and 2014, were included. Children with chronic renal disease, liver disease, or conditions associated with gastrointestinal malabsorption were excluded (n = 3918, 0.5% of the cohort). Individuals were followed up from the latest of their date of practice registration, the date the practice met two pre-defined quality indicators for electronic data recording (acceptable mortality recording and acceptable computer usage) [10], or 1st January 2000. Exit from follow-up was the earliest of the date of transfer out of practice, the date the practice stopped contributing data to THIN, the mid-point of the 18th year after birth, date of death, or 31st December 2014.

Ethnicity was grouped into the 2001 UK Census 5-category classification, and was assigned from THIN where available, and supplemented with HES data [11]. For individuals with multiple ethnicity categories recorded (0.3% of the cohort), the most frequently recorded category was used. For children with missing ethnicity, maternal ethnicity was taken as a proxy measure, using methods described elsewhere [2].

The primary outcome was the total cost of 25-OH-D tests and prescriptions for pure preparations of calciferol (colecalciferol or ergocalciferol) in the study cohort. Prescriptions for multivitamin preparations and activated forms of vitamin D (calitriol and alfacalcidol) were excluded, as they are not indicated in the treatment of primary VDD. The unit cost of a 25-OH-D test was taken as £15, based on data from several NHS trusts. Unit costs of different calciferol preparations were derived from Prescription Cost Analysis (PCA) for England 2014, using the net ingredient cost per quantity of drug (NIC_Qty) [8]. Where there were multiple drugs with identical formulation and strength listed in the PCA, a weighted mean unit price was calculated using the relative frequency (N) with which each drug (i) was dispensed:
$$ \mathrm{Weighted}\ \mathrm{unit}\ \mathrm{price}=\kern0.5em \frac{\sum_i\left( NIC\_{Qty}_i\kern0.5em \times \kern0.5em {N}_i\right)}{\sum_i{N}_i} $$

National costs for 2014 were estimated using the direct standardisation method. Observed costs in the cohort (per 100,000 person-years) in 2014 were stratified by age, sex, and ethnicity and applied to mid-2014 population estimates for England (www.ons.gov.uk). Analyses were performed using Stata 14.2 (StataCorp LP).

The study cohort consisted of 722,525 children from 156 practices in England, with a median follow-up time of 3.9 years (interquartile range 1.5–8.1). Descriptive characteristics are shown in Table 1.
Table 1

aEthnicity data was available from the child’s THIN or Hospital Episode Statistics record for 67.6% of the cohort, and maternal ethnicity was available as a proxy measure for 14.0%

There was a marked increase in healthcare costs arising from both vitamin D tests and prescriptions in primary care after 2008 (Fig. 1 and Supplementary Table 1). Combined costs of calciferol prescriptions and 25-OH-D tests increased from £1647 per 100,000 person-years in 2008 (95% CI, £934–£3007) to £28,913 per 100,000 person-years in 2014 (95% CI, £26,361–£31,739). Rates of vitamin D testing and prescription were higher in older children, girls, and children from ethnic minority backgrounds (Supplementary Table 2). Rates of testing and prescription were marginally higher in spring compared to other seasons, and did not differ significantly by urban or rural area of residence.

Using a large representative sample of English children, we observed a marked increase (> 15-fold) in healthcare expenditure on vitamin D tests and prescriptions in primary care between 2008 and 2013. This mirrors trends seen in adult practice; expenditure on 25-OH-D tests in Australia is reported to have increased from 1 to 95.6 million Australian dollars between 2000 and 2010, and from 38 to 150 million Canadian dollars between 2009 and 2012 in the Ontario province of Canada [3].

THIN data is prospectively collected, and representative of real-life clinical practice. The cohort has been shown to be broadly representative of the UK general population [4]. Prescriptions and test results are particularly well recorded in electronic health data, due to computerised prescribing and electronic linkage with laboratory services. However, the study is limited to primary care and does not capture costs of testing and prescribing in secondary care. Furthermore, reliable resource use data was not available for consultations or hospital admissions, as it was not known whether episodes were primarily related to VDD or other clinical issues. Thus, although the results do not represent total healthcare costs associated with VDD diagnosis and treatment in children, they do indicate a clear trend for increasing costs over the last decade. It was not possible to investigate whether vitamin D testing and prescribing was associated with children’s body mass index, as this variable is not well recorded in THIN.

Biochemical VDD has a high prevalence in the general population, and testing is likely to identify a significant proportion of abnormal results in any patient group [15]. However, the choice of threshold 25-OH-D levels used to define deficiency varies across guidelines internationally and has a limited evidence base in children [7, 14, 15]. Whilst the benefits of treatment with pharmacological doses of vitamin D are clear in children with symptomatic deficiency, there is no evidence that testing and treating asymptomatic individuals results in improved health outcomes compared to prophylaxis with low-dose supplements [15]. For these reasons, the UK Institute for Health and Care Excellence (NICE) [13], US Endocrine Society [9], European Society for Paediatric Endocrinology [12], and European Academy of Paediatrics [7] all advise against the routine screening of vitamin D status. However, they recommend a strategy of primary prevention of deficiency through universal low-dose vitamin D supplementation for all young children and pregnant women. It has been suggested that the primary reasons for requesting 25-OH-D measurement in children should relate to symptoms of rickets/osteomalacia or muscle weakness, biochemical or radiological evidence of metabolic bone disease, hypocalcaemia, or the presence of disorders that interfere with vitamin D metabolism or absorption [15]. Testing outside of this context requires careful consideration of whether VDD is related to the child’s presentation or is a coincidental finding. Evidence that vitamin D has a clinically relevant role in the aetiology of non-musculoskeletal health outcomes is limited [7, 15].

The data available did not permit exploration of how much the increase in testing and treatment in children is being driven by improved recognition of symptomatic VDD, or by testing in other clinical situations (for example, screening of asymptomatic children, or testing prompted by the presence of non-musculoskeletal diseases that have been linked to VDD such as diabetes, atopic disorders, and infectious diseases). However, adult data suggests that the majority of vitamin D tests are performed in individuals without specific clinical features or risk factors for deficiency; the introduction of a defined set of clinical criteria permitting 25-OH-D testing in Alberta, Canada, in 2015 resulted in a 92% reduction in the number of tests ordered, and annual cost savings of almost 4 million US dollars [6]. A large reduction in healthcare expenditure on vitamin D tests has also been observed in Australia following the introduction of a policy for targeted testing [5].

In summary, there has been a large increase in healthcare expenditure on vitamin D tests and prescriptions for children in primary care over the past decade. Screening of vitamin D levels in children without specific risk factors or clinical features of deficiency may represent avoidable healthcare expenditure, and resources may be better used if directed towards improving the uptake of inexpensive multivitamin supplements by population groups at high-risk of deficiency. Future studies should explore the reasons for investigation of vitamin D status in children in clinical practice.

EB, AS, GR, and LH were involved in the conception of the study and obtaining funding. All authors contributed to the study design and interpretation of data. EB performed the data extraction and analysis, and wrote the manuscript. All authors critically revised the manuscript for important intellectual content and approved the final manuscript and the decision to submit for publication.

The scheme for THIN to obtain and provide anonymous patient data to researchers was approved by the National Health Service South-East Multicentre Research Ethics Committee (MREC) in 2003. Scientific approval for use of THIN data for this study was obtained from Cegedim Strategic Data Medical Research’s Scientific Review Committee (reference 14–013).

In accordance with ethical approval, informed consent was not required for analysis of pseudo-anonymised data.