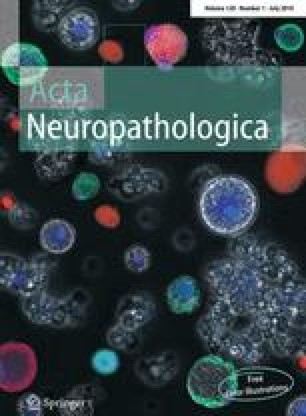 Neural stem cells are present in the human post-natal brain and are important in the development of brain tumours. However, their contribution to non-neoplastic human disease is less clear. We have tested the hypothesis that malformations of cortical development contain abnormal (pathological) stem cells. Such malformations are a major cause of epilepsy. Two of the most common malformations [focal cortical dysplasia (FCD) and cortical tubers] are characterised by the presence of a population of abnormal cells known as balloon cells. The identity of these cells is unknown but one hypothesis is that they are an abnormal stem cell that contributes to the pathogenesis of the malformation. We have characterised in tissue, and isolated in culture, an undifferentiated population of balloon cells from surgical resections of FCD and cortical tubers. We show that β1-integrin labels a sub-population of balloon cells with a stem cell phenotype and show for the first time that these cells can be isolated in vitro. We have characterised the immunohistochemical, morphological and ultrastructural features of these cells. This is the first isolation of an abnormal cell with features of a progenitor/stem cell from a non-neoplastic disease of the brain.

The Great Ormond Street Hospital Children’s Charity and the Pathological Society of Great Britain have funded this research. We are grateful to Nigel Weaving, Lillian Martinen and Kerrie Venner for technical assistance and to Janette Gardener for administrative assistance.

Supplementary material 9. The video shows a balloon cell stained with mitotracker (red), vimentin (green) and DAPI (blue). The cell has the typical binucleate morphology. The vimentin appears to stain predominantly the cortex of the cell with mitochondria being more concentrated within the centre. The image is a projected z-stack from confocal images. (MOV 3504 kb)