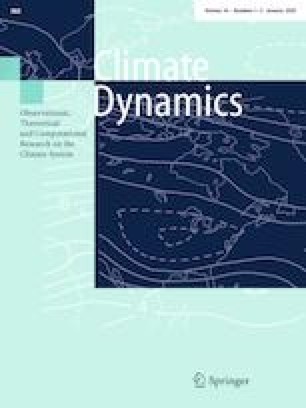 ENSO diversity and the recent appearance of Central Pacific ENSO

ENSO diversity refers to the appearance in recent decades of different El Niño types in the tropical Pacific: In addition to the canonical El Niño, the newly discovered type, called Central Pacific (CP) El Niño, has its center of warming shifted more to the central equatorial Pacific. Whether these ENSO types are really distinct or are different manifestations of a continuum is currently under debate. The mechanisms for the recent appearance of the additional type of ENSO have not been clarified. While previously it was claimed that the increased CP El Niño occurrence in recent decades were due to tropical trade winds weakened by global warming, the observed trade winds actually intensified. We systematically study the variability of the Pacific sea-surface temperature (SST) using the new method of Rotated Principal Component Analysis (RPCA). The essential statistical characteristics of these two El Niño types are found to be describable by only three fundamental modes of pan-Pacific SST with different proportions: the ENSO-cycle, the pan-Pacific counterpart of the regionally defined Pacific Decadal Oscillation (PDO), and a new climate mode we call the Central Pacific Variability (CPV). It is shown that CP El Niño can be described by the PDO and the CPV. The latter has a horseshoe-shaped warm SST pattern in the Central Pacific flanked by cold SST to the east, roughly similar to the original definition of ENSO Modoki by Ashok et al. (J Geophys Res Oceans 112:C11007, 2007) as the second Empirical Orthogonal Function in a narrow tropical domain decomposition. The Principal Component (PC) of this mode, called Modoki PC (MPC) was thought to characterize the occurrence of this new phenomenon, but it has been shown to be unable to separate it from the canonical ENSO. In contrast, we demonstrate that Central Pacific El Niño occurs when the CPV index is larger than 0.5. The intensity of the CPV mode has increased dramatically since 1970s, likely as a result of the intensification of the easterly trade winds in the tropical Pacific, which tilts the thermocline along the tropical Pacific and raises the SST in the central equatorial Pacific. Moderate El Niños are more prone to stalling in the Central Pacific, becoming CP El Niños.

As described in CWT, a trend transfer procedure is adopted whereby the trends in prPCj with j = 2, 3, 4,…., which are called dynamical modes, are transferred to prPC1, which contain all the trends, including that from global warming. The transfer is done pair by pair. The rationale for needing to do such a trend transfer is given below.

In the SST and surface temperature data in the industrial era, there exists a (non-uniform) global warming trend. In a conventional EOF analysis, this trend shows up in the leading PC, PC1, due to its high variance. This is shown in Fig. 15. This PC1 is practically the same as the global mean SST. Its spatial pattern (EOF1) is practically the same as that obtained by regressing the SST onto this time series, and is warming almost everywhere but with some features. The higher modes, called dynamical modes, are required to be orthogonal to it in both their PC and EOF, creating some artifacts. This can be seen in the figure. Note for example, that PC2, the ENSO-like mode, contains a negative trend, so that the trends of the two PCs yield a negative correlation, which cancels the positive correlation of the non-trend parts of the time series. In the spatial domain, the tropical warm tongue associated with tropical ENSO in EOF2 yields a positive covariance with a similar feature in EOF1, which balances with negative covariance elsewhere. Similarly there is also a mode mixing related to the AMO in the North Atlantic, whereby a positive trend is generated in PC3. These features may or may not be associated with physical modes.

This type of mode mixing (one that is associated with trends) can be eliminated by trend transfer, which is also a pair-wise rotation of PCs.

It can be shown that if sufficient resolution were used in the EOF analysis (over 1000 PC’s), the first mode, prPC1 would become simply a linear trend after over 1000 trend transfers. Therefore, this procedure would be equivalent to first linearly detrending the SST and then doing the EOF analysis. However, global warming is not necessarily linear, although it may be approximately so after 1910 after the removal of ENSO and AMO contributions (see Chen and Tung 2018). Furthermore, the modes that make prPC1 smoothly linear are very small-scale fluctuations. With the small number of EOFs used in our analysis, prPC1 still contains dips that can be identified with volcanic eruptions, and the change in SST measurement methods near the end of WWII. These are in the real data and should not be buried in very high modes.