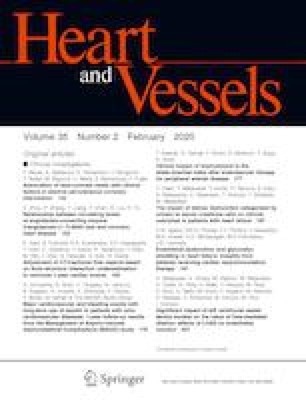 Raquel Themudo and Mikael Kastengren have contributed equally to this work.

Hypo-attenuated leaflet thickening (HALT), with or without associated reduced leaflet motion, is prevalent in both transcatheter and surgically implanted bioprosthetic aortic valves [1, 2, 3]. The underlying cause has been speculated to be thrombogenic as anticoagulation therapy with warfarin has been associated with restored cusp thickness in patients with HALT [2]. The prevalence of HALT has been associated with cardiovascular events [2, 4].

The aim of this study was to investigate the potential relationship between four-dimensional (4D) cardiac computed tomography (CT)-derived overall and regional underexpansion and HALT in the Perceval sutureless bioprosthetic valve.

All patients who had undergone surgical aortic valve replacement (AVR) with implantation of the Perceval sutureless bioprosthesis (LivaNova, London, United Kingdom) at Karolinska University Hospital in Stockholm, Sweden (October 2012 to February 2016) were eligible. The criterion to implant the Perceval sutureless bioprosthesis was aortic stenosis with indication for primary isolated non-emergent AVR. Implantation was considered feasible if the ratio between the diameter of the sinotubular junction and the diameter of the aortic annulus did not exceed 1.3. A type 0 bicuspid aortic valve was a contraindication for Perceval sutureless bioprosthesis implantation. Exclusion criteria were severely impaired renal function (glomerular filtration rate < 30 mL min−1/1.73 m2), unwillingness to undergo CT examination, or inability to participate in the examination for logistical reasons.

Oral metaprolol (50–100 mg according to heart rate) was administered 1 h prior to the CT examination. All patients were scanned using a dual-source 2 × 64 row multidetector computed tomograph (Siemens Somatom Definition Flash; Siemens Healthcare, Forchheim, Germany). Scanning was performed with retrospective ECG scanning, 100–120 kVp depending on patient’s weight, automatic dose modulation (CARE dose) and full-dose R–R scanning (no ECG mA modulation), 64 × 0.6 mm detector collimation, 0.28 s rotation time (75 ms temporal resolution). An intravenous contrast agent with a concentration of 320 mg iodine per mL (Visipaque, GE Healthcare, Stockholm, Sweden) was used with a fixed injection time of 8 s and a dose of 200 mg iodine/kg body weight. A contrast dose increase of 20% was used for patients scanned with 120 kVp. Delay time was defined using the test bolus technique. Data were reconstructed to 0.75 mm slice thickness with an increment of 0.4 mm at 5% intervals (20 phases) throughout the R–R interval and at best systolic and diastolic phases. A more detailed description of CT data acquisition has previously been described [3]. For in vitro assessment of the Perceval sutureless bioprosthesis in each size, we used the same computed tomograph and scanning parameters as for the in vivo CT examinations.

CT data analysis was performed using the Syngo.via software (Siemens Healthcare) on a PACS workstation. 4D cardiac CT images were analyzed independently by two experienced readers (level 2 according to American College of Cardiology (ACC) Foundation/American Heart Association (AHA) levels of CT reading competence) [9]. Joint readings involving a third experienced reader were subsequently performed to reach a consensus. For assessment of leaflet anatomy, 1-mm-thick multiplanar reformatted reconstruction (MPR) images in the plane of the leaflet and in a perpendicular plane to the leaflet being assessed were used. Still images from selected phases of the cardiac cycle, as well as dynamic images of the entire cardiac cycle, were used. An examination was considered non-diagnostic if artifacts prevented reliable assessment of one or more valve leaflet. HALT was defined according to the definition previously proposed [10]: evidence of one or more leaflet with hypo-attenuated thickening identifiable in at least two different MPR projections. HALT is illustrated in Fig. 1.

Bioprosthetic valve expansion was analyzed at the valvular level in the end-diastolic phase of the heart cycle using 1-mm-thick MPR images. Overall bioprosthetic valve geometry was measured with regard to maximal and minimal stent diameters (mm) and cross-sectional area (mm2). In vitro measurements were made for each available size (small, medium, large, extra large) of the Perceval sutureless bioprosthesis using CT images to assess maximal prosthesis dimensions. The degree of overall expansion of the implanted prosthesis was calculated as the ratio between the in vivo cross-sectional area (CSA) and the in vitro CSA of the implanted valve according to the formula (in vivo CSA/in vitro CSA) × 100 [5, 7]. The degree of eccentricity (%) was calculated as ([max diameter − min diameter]/max diameter) × 100 [5].

Regional expansion was measured at the coaptation level in the end-diastolic phase of the heart cycle using 1-mm-thick MPR images, using the angle (°) formed by the border of each prosthetic leaflet and the center point of the valve. This angle was measured for all three prosthetic leaflets (non-coronary cusp [NCC], right coronary cusp [RCC], and left coronary cusp [LCC]). Normal regional valve expansion was defined as an expansion angle > 114° (120° with a 5% error margin). Regional valve underexpansion was defined as trivial if angle 102°–114°, mild if angle 90°–102°, moderate if angle 78°–90°, and severe if angle < 78° [5]. CT images illustrating how overall expansion, regional expansion, and eccentricity were measured and calculated are presented in Fig. 2.

Between October 2012 and February 2016, a total of 58 patients received a Perceval sutureless bioprosthesis. One patient died before initiation of the study at postoperative day 127. Fifty-seven patients were eligible for participation in the study. Ten patients were not included in the study (one with impaired renal function, seven unwilling to participate in the study, two who were indisposed for logistical reasons). 4D cardiac CT was performed between February and March 2016 in 47 patients. All 4D cardiac CT examinations were diagnostic regarding the evaluation of HALT. One examination was non-diagnostic for overall expansion of the bioprosthesis and this patient was excluded. Three examinations were non-diagnostic for regional bioprosthesis expansion due to motion artifacts at the end-diastolic phase of the heart cycle and these patients were excluded. Consequently, a total of 46 patients were included in the analysis of overall underexpansion, and 44 patients were included in the analysis of regional underexpansion. Patient characteristics at the time of surgery are shown in Table 1. 4D cardiac CT was performed at a median of 491 days (quartile 1: 287, quartile 3: 933 days) postoperatively.
Table 1

Data are n (%) unless otherwise noted

Data are n (%) unless otherwise noted

In this study, the prevalence of HALT and overall underexpansion was high but the prevalence of regional underexpansion low in the Perceval sutureless bioprosthetic valve. Patients with an overall expansion < 80% had a higher incidence of HALT though not significantly. To determine if severe oversizing increases the risk for HALT in this prosthesis would require further study. Regional underexpansion in the Perceval sutureless bioprosthetic valve was not associated with HALT.

HALT has been found to occur in both transcatheter and surgical bioprosthetic aortic valves. Studies have shown a varying prevalence ranging from < 5% to as high as 40% [1, 11]. In a large observational study of 931 patients, HALT occurred more commonly in TAVI patients compared to patients receiving surgical aortic valves (13% vs. 4%) [2]. In our study, the prevalence of HALT was high (39.1%). An explanation could be that CT examinations in our study where performed after a median of 491 days which is relatively late compared to previous studies. Leaflet thrombosis has been speculated to be the underlying cause of HALT. The phenomenon is less prevalent in patients on anticoagulation therapy with warfarin [2] and the condition has been shown to be at least temporarily reversible when treated with warfarin or novel oral anticoagulants [12]. However, aggressive anticoagulation strategies can be associated with an increased risk of adverse events which have to be weighed against the clinical implications of HALT. In a recent trial, TAVI patients treated with Rivaroxaban had increased risks of all-cause mortality, thromboembolic events, and bleeding compared to those on antiplatelet therapy [13].

Recent findings suggest that HALT may affect clinical outcomes. A meta-analysis including 6 studies and a total 1704 patients showed that cerebrovascular events, defined as a composite of stroke or transient ischaemic attack, occurred significantly more frequently in patients with subclinical leaflet thrombosis [4]. Furthermore, it has been speculated that HALT may be related to reduced leaflet durability as prosthetic valve thrombosis is associated with prosthesis dysfunction and reduced durability [11, 14].

There is not sufficient research to explain why some valves or leaflets would be more prone to HALT than others. However, it has been suggested that underexpansion of the valve could be associated with leaflet anomalies. A study that included 75 patients who underwent TAVI with three different transcatheter valves showed an increased prevalence of HALT in patients with regional TAVI valve underexpansion, hypothesizing that an underexpanded “wrinkled” leaflet is more prone to thrombosis on its surface. Regional underexpansion was prevalent in 31–37% of the leaflet sites, depending on the type of transcatheter valve [5]. Other possible causes of HALT such as trauma to the valve before or during implantation and inflammatory response related to the procedure remain to be determined [15]. In the surgically implanted bioprostheses in the present study, regional underexpansion was rare. When present, regional underexpansion was mild and was not associated with a higher prevalence of HALT. This might be explained by the removal of the native aortic valve and decalcification of the aortic annulus performed in surgical aortic valve replacement. This procedure likely limits the risk of asymmetrical valve expansion owing to uneven areal distribution of residual aortic valve and annular calcification.

In surgically implanted Perceval sutureless bioprostheses, overall underexpansion and failure to achieve circularity have been hypothesized to affect leaflet function [6]. One study showed that the degree of oversizing of the implanted prosthesis (calculated as the ratio between the native aortic annulus CSA and the in vitro CSA of the implanted prosthesis), and thereby overall underexpansion, was the most important predictor for increased postoperative transprosthetic gradients [7]. In the present study, there was no association between overall expansion or eccentricity of the bioprosthesis and the prevalence of HALT. In the TAVI population, an oversizing > 20% is rarely accepted and is considered severe [16]. In our study, only ten patients (21.7%) reached an acceptable overall expansion of ≥ 80% of the prosthesis. HALT was less common in patients with overall expansion ≥ 80% compared to patients with < 80% overall expansion though not significantly. General oversizing of the Perceval sutureless prosthesis have been previously reported and suggestions to modify the sizing process to adjust for this [7] have been implemented.

This was a single-center observational study with the aim to investigate the potential relationship between overall and regional underexpansion and HALT in the Perceval sutureless bioprosthetic valve. It was not designed to find predictors of, nor adverse events associated with, HALT. Patients were not included in the study at the time of valve replacement and, therefore, the time intervals between AVR and 4D cardiac CT examinations varied considerably. However, very few previous studies have investigated the potential association between bioprosthetic valve geometry and HALT. The Perceval sutureless prosthesis has similarities with both conventional surgical as well as transcatheter aortic bioprostheses, making investigation of causes of HALT of this prosthesis of particular interest.

In conclusion, the prevalence of HALT and overall underexpansion was high in the Perceval sutureless bioprosthetic valve but overall underexpansion was not associated with HALT. Patients with an overall expansion < 80% had a higher incidence of HALT though not significantly. To determine if severe oversizing increases the risk for HALT in this prosthesis requires further study. Regional underexpansion in the Perceval sutureless bioprosthetic valve was not associated with HALT.

This study was supported by the Mats Kleberg Foundation and a donation from Mr. Fredrik Lundberg. Magnus Dalén was financially supported by a research Grant from Karolinska Institutet (Grant number: 2018-02009).