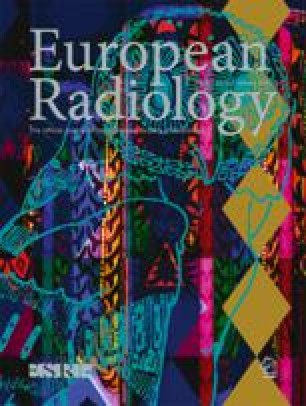 Hydatid disease of the soft tissues forms a rare mass lesion of the extremities. Two cases of primary hydatid disease in soft tissues are presented with MR imaging findings. A cystic mass with multiloculated or multicystic appearance was identified on MR images in both cases. The lesions were surrounded by a rim with two layers representing a collageneous and a vascularized pericyst. The contrast-enhanced images demonstrated the vascularized component of the wall clearly in the first case. In diagnosis of hydatid disease and in its differentiation from other cystic lesions of the extremities, we think that the described MR appearances can be used confidently.