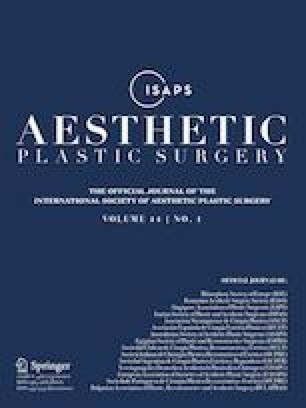 Level of Evidence V The authors present a retrospective review of 323 patients who underwent traditional lower body lift following bariatric surgery over a 10-year period. To maintain homogeneity, only patients whose weight loss occurred following bariatric surgery were included, and also all fleur-de-lis approaches were excluded. The overall complication rate was 42%. Although a positive association between the development of complications and age as well as smoking status was found, there was no association with body mass index (BMI), operative time and the performance of concomitant procedures. The surgical technique employed is described in detail, and the markings are reviewed meticulously. More importantly, the authors make an effort to explain the decision-making process of each key operative step. The greatest strength of the study is the number of lower body lifts performed, which is the largest reported to date, for which the authors are commended.

With the rates of obesity and bariatric surgery both rising, there is a greater than ever role for post-bariatric body contouring surgery [1]. Body contouring surgery evidently improves daily function, self-image and weight loss maintenance following bariatric surgery [2]. However, access to these procedures is still suboptimal. Although the rates vary among countries, post-bariatric patients undergoing body contouring surgery has been reported to be as low as 11.6 percent [3]. Several factors contribute to this including cost, although it is our belief that raising awareness of the options, benefits and positive outcomes is paramount, starting with patient-reported outcomes (PRO).

The authors conducted a subjective Likert scale questionnaire assessing patient satisfaction rates. We assert that the validated BODY-Q is the most reliable and accurate tool available to assess patient satisfaction and quality-of-life outcomes [4]. The authors’ utilization of an alternative tool does not allow for the most comprehensive analysis of PRO to adequately determine that the needs and goals of this patient population are met and satisfied.

Nonetheless, the authors reported high patient satisfaction, despite an overall complication rate of 42 percent, which is in line with common practice. Our experience in over three decades performing lower body lift surgery is similar to that of the authors. Seroma formation is the most common complication, the vast majority of which are managed successfully with serial drainage. The possibility of scar revision needs to be part of the preoperative discussion with the patient, as it is a simple elective procedure performed with minimal discomfort to the patient.

The lower body lift is considered a “keystone” procedure for all body contouring, as its effect extends way beyond the skin excision, but it facilitates the powerful lifting of the buttocks and thighs to completely reshape the torso [5]. As noted in this article, undermining is not performed during posterior dissection. Inward beveling of the electrocautery applicator will help prevent seroma formation by minimizing dead space. Furthermore, in the modern era of gluteal aesthetics, it is noteworthy that circumferential body lift provides an excellent opportunity for autologous buttock augmentation, with the purse-string gluteoplasty being our preferred technique [5, 6]. Adding simple interrupted sutures placed every few centimeters in all body contouring procedures has significantly reduced early wound separation issues in our practice. The sutures can be removed in approximately five days without leading to additional scarring.

The authors state that they do not perform concomitant liposuction. Good candidates for lower body lift surgery often have reached their ideal BMI or normal weight, and liposuction is indeed not needed. However, often this is not the case and there is a role for liposuction, in which case all-layer liposuction is safe and does provide significant enhancement in shape and contour [7, 8].

In our experience, supraumbilical lateral and cephalad dissection, beyond that described by the authors, is safe when performed with thorough tumescent infiltration, and allows for sub-Scarpal fat resection to further improve the final contour. Our midline abdominal myofascial plication is performed in running fashion using a single-looped number 0 nylon suture, instead of number 0 vicryl interrupted sutures described in this study. In our humble opinion, the non-absorbable nylon suture provides the most durable plication and in over two decades we have not encountered a single failure or premature release. Lastly, we applaud the authors’ effort to place the final scar low and within the boundary of the patient’s undergarment and swimwear.

To their credit, the authors discuss venous thromboembolism (VTE) prophylaxis. We consider this the single most important issue in body contouring surgery. The statement by the authors that there are no absolute guidelines for VTE prophylaxis in plastic surgery, although technically correct, can be very misleading. In recent years, significant progress has been achieved regarding VTE prophylaxis and major guidelines have been published [9, 10]. The analysis of this work is beyond the scope of this discussion although we must mention that individualized VTE risk stratification using the 2005 Caprini score [11] is strongly advocated, and postoperative chemoprophylaxis should be considered in high-risk patients (Caprini score greater than or equal to seven) [9, 10, 12, 13, 14, 15].

This large series is a positive contribution to the literature, and their findings are of significant value to those performing body contouring surgery. Their technique is straightforward and reproducible and delivers highly aesthetic results and patient satisfaction.

The authors declare that they have no conflicts of interest to disclose.

The article does not contain any studies with human participants or animals performed by any of the authors.

Informed consent was not required.