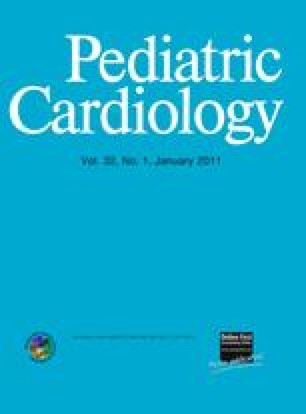 A 20-month-old boy was referred to the cardiac catheterization laboratory for closure of a large prosthetic mitral valve paravalvular leak. At birth, the boy had an unbalanced atrioventricular septal defect with borderline hypoplasia of the mitral component of the common atrioventricular valve and the left ventricle.

At the age of 3 months, the boy underwent complete (two-ventricle) repair. The intraoperative findings included deficient left-sided atrioventricular valve tissue. As a result of the surgical septation, the coronary sinus ostium was located in the left atrium.

Coronary Sinus Prosthetic Valve Paravalvular Leak Atrioventricular Septal Defect Coronary Sinus Ostium
These keywords were added by machine and not by the authors. This process is experimental and the keywords may be updated as the learning algorithm improves.

Movie 3 Transesophageal echocardiography after device placement (Movie 3a) and fluoroscopy during device release (Movie 3b) showing near complete elimination of the paravalvular leak by the occlusion device. The left ventricular disc is open completely and likely protrudes into the coronary sinus. The left atrial disc is partially open but still in good position. Supplementary material 6 (AVI 5220 kb)