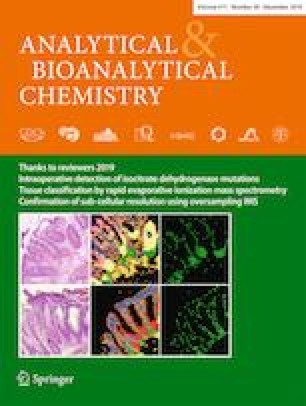 In 2010 she was awarded the Heinrich Emanuel Merck Prize for Analytical Sciences, which marked the first time the award was given to a woman. She was also the recipient, at the British Library in London, of the 2015 main overall platinum prize of the Global Women Inventors & Innovators Network. She was elected 2017 Fellow of the Materials Research Society, for pioneering work in the field of organic (bio)electronic sensors and their use for point-of-care testing. The International Union of Pure and Applied Chemistry (IUPAC) presented her with a 2019 Distinguished Women in Chemistry or Chemical Engineering award. The analytical chemistry division of the European Chemical Society (EuChemS) conferred on her the Robert Kellner Lecturer 2019. She was also recently recognized as one of the 10 extraordinary women of Southern Italy by the British Embassy in Rome, and the MediterraneaMente association awarded her the 2019 Alto Riconoscimento “Virtù e Conoscenza”.

In 2014 Prof. Torsi was appointed as member of the H2020 Program Committee by the Italian Minister for Education and Research, and is still serving in this role. She is also the immediate past president of the European Materials Research Society, being the first woman to serve in this role.

Torsi has authored almost 200 ISI papers, including papers published in Science, Nature Materials, Nature Communications, PNAS, Advanced Materials, and Scientific Reports, and is co-inventor of several international awarded patents. She has given more than 170 invited lectures, including almost 30 plenary and keynote contributions to international conferences. Prof. Torsi is committed to providing a role model for younger women scientists. She has given a number of talks on this topic, including a TEDx Talk, and she was a member of the National Board of the STAGES EU project aimed at implementing strategies to trigger structural changes addressing the issues connected with gender inequality in science.

In September 2019 she received the Robert Kellner Lecture Award from the Division of Analytical Chemistry of the European Association for Chemical and Molecular Sciences. Her lecture, entitled “Single-molecule sensing of clinical biomarkers,” was presented at Euroanalysis 2019, held in Istanbul, Turkey, September 1–5, 2019.

The Robert Kellner Lecture Award, sponsored by Springer-Verlag, recognizes a European individual who has made substantial contributions in the last five years to the advancement of analytical chemistry research or education. The award was established by the Division of Analytical Chemistry of the European Association of Chemical and Molecular Sciences in memory of the efforts and achievements of Robert Kellner, Vienna University of Technology, in particular toward the consolidation of analytical chemistry in Europe.

Luisa Torsi talked about her research, her motivations, and herself to Nicola Oberbeckmann-Winter.

What motivated you to become a researcher and what do you find most rewarding in your professional life?

The first time I had the chance to be in a research lab, back in 1989 when I was working on my master degree project, I simply felt at home. As often happens when you start working on your first scientific project, it was not an easy experience and I had to face most of the difficulties that a research activity brings along. Yet, I loved it. It was clear to me that if I could do that as a job I would have lived a happy life. Still today, what I find most rewarding in my professional life is to sit in my office with students, post-docs and colleagues and discuss science, struggling to interpret data, planning new experiments and eventually writing or reading papers. Even if I have to get engaged in different activities at this stage of my career, I always make sure that what I love the most is still, on a daily basis, part of my professional life.

What is the focus of your award-winning research and what was/is your motivation?

The work I was awarded for concerns a rather recent activity on the study of an electronic device that can perform label-free single – molecule detection (https://www.nature.com/articles/s41467-018-05235-z). Its uniqueness relates to the fact that the electronic device is not nanometric in size but it is rather large, and hence it can be fabricated by large-area, low-cost procedures. The device has detection limits that are as low as a few tens of zeptomolar, which is a world record in label-free detection of proteins. This was recently featured in Nature’s Research News (https://www.nature.com/articles/d41586-018-05950-z).

From where did you start and how does your current work relate to/differ from your scientific roots?

My scientific roots are in both device/material physics and analytical chemistry. Since my PhD project I’ve been interested in the study of electrochemical biosensors. I also worked, in 1994 during my post-doc at Bell Labs, on studying the transport properties of organic field-effect transistors. Afterwards, I worked to combine these two rather orthogonal competencies by studying novel organic transistor structures for biosensing. Eventually this work was recognized as valuable, as I was elected 2017 Fellow of the Material Research Society, for pioneering work in the field of organic (bio) electronic sensors and their use for point-of-care testing. For one of our seminal works in this field, in 2010 I was awarded with the Heinrich Emanuel Merck prize for analytical sciences, which marked the first time the award was given to a woman.

What is the trickiest problem you have had to overcome in that research? How did you solve it?

One critical issue we had to face in the detection of a single protein with a millimeter-wide transistor was to understand why this was possible at all. We have not yet solved this issue completely, but we have some interesting explanations. The matter is basically the following: since the device sensing interface is huge (the gate surface is half – a – centimeter – squared wide) it can host trillions of antibodies. How can the signal-to-noise ratio be high enough to sense a single protein? It is like spotting the wave generated by a single-droplet of water falling on the surface of a one-kilometer-squared wide swimming pool! The model developed foresees that a collective amplification effect takes place. This is associated with a hydrogen-bonding network that connects the chains of the self-assembled monolayer which serves to covalently attach the antibodies to the gold gate surface. The model well reproduces some of the experimental results, but we are now struggling to find an all-around experimental proof for the model.

Where do you consider your field is heading?

The field aims at producing new technologies to enable the early detection of progressive diseases’ biomarkers to endow clinicians with the attacker’s advantage over life-threatening diseases such as tumors. To this end, we are now coordinating an H2020 Research and Innovation Action Project called “The Single Molecule Bio-Electronic Smart System Array for Clinical Testing – SiMBiT” (https://simbit-h2020.eu) which aims at producing a prototype for the early detection and diagnosis of pancreatic cancer based on a label-free electronic array bioanalytical detection platform. Indeed, digitizing biomarker analysis by quantifying them at the single-molecule level is the new frontier for advancing the science of precision health. Such an occurrence will enormously enhance our ability to cure diseases by supporting better prognosis and permitting the application of precise treatment methods. An enormous improvement in the quality of life and longevity of the population for generations to come is foreseen, along with a reduction of health care expenses. The disruptive bio-electronic smart system developed in SiMBiT will open up a massive use of high-throughput array-based assay, not only in clinical laboratory analysis, but also in point-of-care and low resources settings.

Which recent discovery might prove most valuable to the field of bioanalytical research or beyond?

Well I think that the analysis of micro-plastic can become extremely valuable for the future of our planet.

In your opinion, does/did your generation have to respond to the publish or perish “pressure,” and what is your advice for young analytical scientists today?

The pressure to publish has been there for many decades; maybe now it has even increased. While a solid production in terms of number of publications per year is important, I always advise my students to put quality at the top.

Luisa, thank you for sharing your thoughts with us!