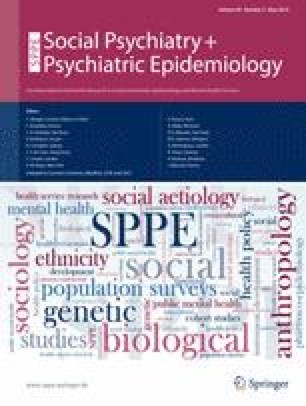 Predictors of immigrant children’s mental health in Canada: selection, settlement contingencies, culture, or all of the above?

A previous publication from the New Canadian Children and Youth Study, a national study of immigrant children and youth in Canada, showed a gradient of levels of emotional distress with children from Hong Kong (HK) at the most severe end, Filipino children at the least severe, and children from the People’s Republic of China (PRC) in between. Based on the premise that country of origin can be regarded as an index for differing immigration trajectories, the current study examines the extent to which arrival characteristics, resettlement contingencies and cultural factors account for country of origin variations in immigrant children’s mental health. Arrival characteristics included child’s age at arrival, parental education, parental fluency in English or French, and assistance from family at arrival. Resettlement contingencies included parental mental health, intra-familial conflict, settlement stress, separations from parents and child’s age when mother started working outside the home. Cultural factors included one-child family composition and parenting styles.

A national survey of 2,031 families with at least one child between the ages of 4 and 6 or 11 and 13 from HK, the PRC and the Philippines was conducted with the Person Most Knowledgeable (PMK) in snowball-generated samples in 6 different cities across Canada. Predictors of the dependent variable, emotional problems (EP), were examined in a hierarchical block regression analysis. EP was regressed on ethnic and country of origin group in model 1; arrival characteristics were added in model 2; resettlement contingencies in model 3 and cultural factors in model 4.

The final set of predictor variables accounted for 19.3 % of the variance in EP scores among the younger cohort and 23.2 % in the older. Parental human and social capital variables accounted for only a small amount of the overall variance in EP, but there were statistically significant inverse relationships between EP and PMK fluency in English or French. Settlement contingencies accounted for a significant increase in the explanatory power of the regression equation, net of the effects of country of origin and selection characteristics. This block of variables also accounted for the Filipino mental health advantage. Levels of parent’s depression and somatization, harsh parenting, intrafamilial conflict, and resettlement stress each varied directly with levels of children’s EP. Cultural variables made a significant contribution to explaining the variance in EP scores. Harsh parenting was significantly associated with increased levels of EP in both age groups, and supportive parenting was a mental health protective factor for younger children.

Immigrant family human and social capital, according to which immigrants are selected for admission to Canada, play a relatively small role in determining children’s mental health. These effects are overshadowed by resettlement contingencies and cultural influences. Concentrating on trying to find a formula to select the “right” immigrants while neglecting settlement and culture is likely to pay limited dividends for ensuring the mental health of children.

* Correlation is significant at the 0.05 level (2-tailed)

* Correlation is significant at the 0.05 level (2-tailed)