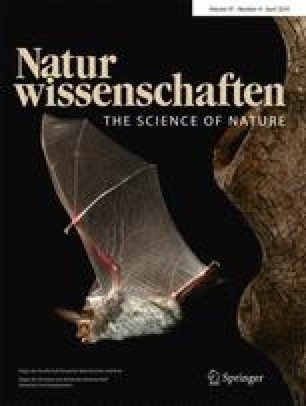 Egg cannibalism is a common behavior among fish taxa and is largely studied in species with parental care. Heterocannibalism and filial cannibalism have both been reported in salmonids, a group with no extended parental care, but the topic remained somewhat under-documented, especially in brown trout (Salmo trutta). In the present study, 83 spawning events were recorded finely with high-resolution video in three natural populations. Redd covering dynamics by females and the timing of cannibalism showed that eggs were vulnerable mainly during the first 120 s after spawning. Cannibalism occurred in 25% of spawnings and was principally perpetrated by peripherals but the sires also cannibalized their brood, especially after multiple mating. The probability of cannibalism increased with operational sex ratio but did not correlate with the date in spawning season. Occurrence of cannibalism also differed between populations. Our results suggest that such behavior is frequent and may reduce the fitness of parents. Its evolutionary implications for population ecology should be considered, since it appeared to be controlled by environmental and spatial factors.

The experiments reported in this manuscript comply with the French laws.

The setting for egg cannibalism: aerial and underwater video sequences of brown trout (Salmo trutta) spawning. Sequences 1 and 2 illustrate various behaviours associated to spawning. The redd is dug by the female using tail movements, resulting in a nest pit strewn with coarse pebbles, followed by a dome of finer particles. To probe the nest pit, the female occasionally inserts her anal fin on the substrate. Nest digging lasts for ca. 4 h (Esteve 2005) and spawning can occur at any hour of the day or night. The dominant male both courts the female (occasionally quivering alongside her; Jones and Ball 1954) during a few minutes to several hours by staying with her on the nest and chases peripheral males prowling around the nest. Both spawners emit their gametes simultaneously on the nest pit, after which the female covers the eggs with fine particles sent up by tail movements. Although brown trout is characterized by a highly variable life histories, it is considered iteroparous and promiscuous (Fleming 1998), each individual spawning several times per season (5.7 redds/female; Barlaup et al. 1994) for up to four seasons (Rubin et al. 2005), with several mates. Sequences 3 to 6 illustrate sequential promiscuity between two females and two males. Twenty underwater sequences were obtained with waterproof camera (Sony HQ1; angular field: 120°) placed on the streambed 1 m from the nest, and connected to a personal computer for live sequence checking (using VirtualDub software). Sequences were saved either on the computer’s hard disk or on a portable mpeg-2 recorder (Chasecam PDR-100) directly connected to the camera. Underwater video had the advantage of giving clear images (allowing fine behavioral description and individual recognition) even when visibility from the bank was poor (turbid water, rain or wind ruffling water surface), but encompassed a narrower field around the nest and might disturb the fish, at least during camera installation. To obtain the 63 aerial sequences, digital camera (Panasonic NV-DS27 or Sony Handycam DCR-SR90) was placed on a tripod on the bank, 5 to 10 m from the nest. Live check through the control screen ensured good visibility (clear water, smooth water surface, orientation of the polarizing filter, adequate zoom). Aerial video did not disturb fish at all, was faster to install, and offered a wider view of the area surrounding the focal nest than underwater video, but could only be used when visibility from the bank was good and rarely provided as precise images as underwater video. References: Barlaup BJ, Lura H, Saegrov H, Sundt RC (1994) Inter-specific and intra-specific variability in female salmonid spawning behavior. Can J Zool 72:636–642. Esteve M (2005) Observations of spawning behaviour in Salmoninae: Salmo, Oncorhynchus and Salvelinus. Rev Fish Biol Fish 15:1–21. Fleming IA (1998) Pattern and variability in the breeding system of Atlantic salmon (Salmo salar), with comparisons to other salmonids. Can J Fish Aquat Sci 55:59–76. Jones JW, Ball JN (1954) The spawning behaviour of brown trout and salmon. Br. J. Anim. Behav. 2:103–114. Rubin JF, Glimsater C, Jarvi T (2005) Spawning characteristics of the anadromous brown trout in a small Swedish stream. J. Fish Biol. 66:107–121. (MPG 41,010 kb)

Underwater video of brown trout (Salmo trutta) spawning followed by heterocannibalism perpetrated by four peripheral males. The dominant male is present after spawning but does not take part in cannibalism. One of the cannibals had been marked (green plastic tag on the left flank). (MPG 24,756 kb)

Aerial video of brown trout (Salmo trutta) multiple spawning followed by both filial and heterocannibalism. Cannibalism is initiated by a peripheral individual immediately after spawning. Cannibalism can be distinguished from picking of drifting eggs because cannibals lean their body and beat their tail to dig the nest, thereby causing their exposed flank to reflect sunlight (MPG 18,882 kb)

Underwater video of brown trout (Salmo trutta) spawning followed by filial cannibalism. The dominant male initiates cannibalism shortly after spawning. Only one of the two peripherals takes part in cannibalism (one attempt at the 60th second). (MPG 13,034 kb)