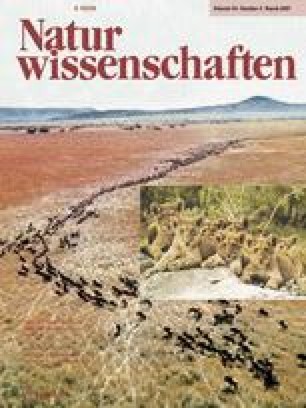 Anopheles gambiae s.l. is the main vector of malaria in Sub-Saharan Africa. Here, an estimated 1 million people die every year from this disease. Despite considerable research on An. gambiae that increasingly explores sub-organismal phenomena, important facets of the field biology of this deadly insect are yet being discovered. In the current study, we used simple observational tools to reveal that the habitat of larval An. gambiae is not limited within the boundaries of temporary mud puddles, as has been the accepted generalization. Thus, control tactics aimed at immatures must consider zones larger than puddles per se. In fact, eggs are more likely to be found outside than inside puddles. Eggs can develop and larvae can emerge on mud. Larvae are then capable of three distinct modes of terrestrial displacement (two active and one passive), whereby, they can reach standing water. On mud bearing a film of water, larvae actively displace backwards by sinusoidal undulations shown to be only a slight variation of the swimming motor program. On drying mud, larvae switch to a slower and forward form of active locomotion resembling that of a crawling caterpillar. During rains, small larvae may be passively displaced by flowing rainwater so as to be deposited into puddles. These capabilities for being amphibious, along with very rapid growth and development, help explain how An. gambiae thrives in a highly uncertain and often hostile larval environment.

Supplementary material is available in the online version of this article at http://dx.doi.org/10.1007/s00114-006-0178-y and is accessible for authorized users.

We thank Samson Otieno, Said Juma (recently deceased), Ben Oloo, and Alfred Odhiambo of the Kenya Medical Research Institute for assistance in collecting mosquitoes and quantifying rates of displacement of larvae on mud. Mark Geralds of the Instructional Media Center at MSU edited the accompanying video. This research was supported by NIH Grant AI50703.