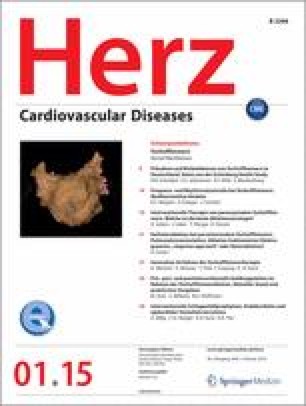 Myocardial noncompaction is a unique and unclassified cardiomyopathy [1]. Its incidence seems to be rising in conjunction with the development of cardiac imaging. It is strongly associated with the development of heart failure, lethal arrhythmias, and thromboembolic events [2]. In this report, we present the case of a young male patient with echocardiographic signs of severe left ventricular noncompaction (LVNC).

A 27-year-old male patient was referred to our clinic with complaints of unconsciousness and palpitations. His symptoms had started 1 year before his referral, and were accelerated in the last 6 months with a frequency of two to three attacks per month. He reported that after an episode of rapid palpitations, he would lose consciousness for several minutes. He was taken to various emergency departments several times. His physical examination was normal except for a 2/6 systolic cardiac murmur heard at the cardiac apex. His electrocardiogram revealed left...

On behalf of all authors, the corresponding author states that there are no conflicts of interest.