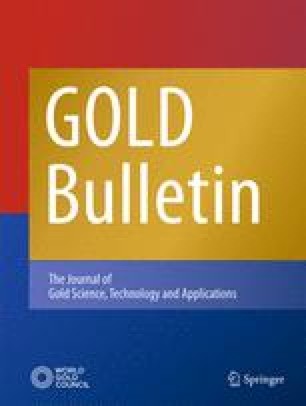 The unique properties of gold nanoparticles have stimulated the increasing interest in the application of GNPs in interfacing biological recognition events with signal transduction and in designing biosensing devices exhibiting novel functions. The optical properties of GNPs provide wide range opportunities for construction optical biosensors. The excellent biocompatibility, conductivity, catalytic properties and high surface-to-volume ratio and high density of GNPs facilitate extensive application of GNPs in construction of electrochemical and piezoelectric biosensors with enhanced analytical performance with respect to other biosensor designs. In this article, the recent advances in construction of GNP-based optical, electrochemical and piezoelectric biosensors are reviewed, and some illustrative examples given, with a focus on the roles GNPs play in the biosensing process and the mechanism of GNPs for improving the analytical performances. Finally, the review concludes with an outline of present and future research for the real-world applications.

Professor Dr. Hermann Josef Schluesener received his Ph.D degree in Biolog from University of Bochum in Germany in 1981. He then worked as a postdoctoral fellow at the Sandoz Institute of Biochemistry in Austria (1985–1986) and Center for Neurologic Disesases at Harvard Medical School (1986–1988). From 1989–1992 he was the head of Cell Biology in the Clinical Research Unit for Multiple Sclerosis at University of Wuerzburg, Germany. Since 1992, he has been the Vice Director of Institute of Brain Research and Director of Sub-department of Immunopathology of the Nervous System at University of Tuebingen. He has also been the Director of the Steinbeis Center of Regenerative Medicine at Institute of Brain Research at University of Tuebingen since 2003. His major areas of research include neuroinflamnation in trauma, autoimmune, infective, degenerative, and neoplastic diseases of the CNS and PNS.