The American Journal of Digestive Diseases 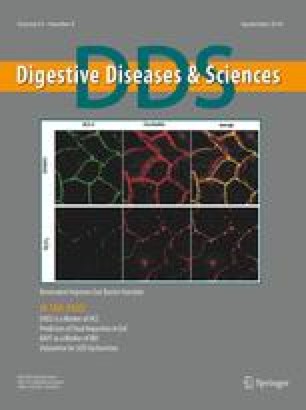 The American Journal of Digestive Diseases

Carbonic anhydrase inhibition in the management of symptomatic peptic ulcers

One hundred and twenty-five patients suffering from symptomatic peptic ulcer were treated with Diamox and a Sippy diet while in hospital, and with Diamox and a convalescent ulcer diet or regular diet following their discharge from hospital. Response, as based on subjective, x-ray, laboratory, and clinical studies, was very favorable in our series. Inhibition of carbonic anhydrase by Diamox produced a sustained prolonged metabolic acidosis in almost all our patients and this metabolic change could be maintained as long as the patient was taking Diamox.

The mode of action of Diamox on the gastric mucosa, blood chemistry, and urine was discussed. A daily dose of 1.0 gm. Diamox was well-tolerated, and only 30 of 125 patients experienced mild tingling in their extremities. The hemogram failed to reveal any abnormalities even in those patients who were taking Diamox for 5 to 6 months or longer. We thus recommend combined Diamox and Sippy regimen in those patients who are subject to hyperacidity and symptomatic peptic ulcers and who are not subject to any systemic disease, which would contraindicate the use of Diamox.

Diamox was found to be of prompt value in relieving symptoms in one patient who was subject to the “milk alkali syndrome.” It is our impression that patients taking antacids and an excessive amount of milk should supplement that regimen with at least 250 mg. of Diamox daily to induce a mild or moderate degree of metabolic acidosis, which has definite beneficial effects on gastric hyperacidity. Also Diamox with Sippy diet or Diamox with convalescent ulcer or regular diet are regimens well-suited to the treatment of peptic ulcers.

Peptic Ulcer Gastric Mucosa Systemic Disease Carbonic Anhydrase Excessive Amount
These keywords were added by machine and not by the authors. This process is experimental and the keywords may be updated as the learning algorithm improves.
This is a preview of subscription content, log in to check access.