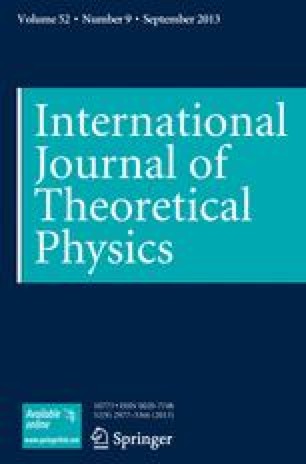 The class of space-times has been determined at the connection level, assuming the existence of some symmetrical relations between the Ricci rotation coefficients. It has been assumed, for instance, that at least two shear-free congruences of null geodesics exist. We have shown that onlyD type or conformally flat space-times can belong to this class. The theorem has been proved that a system of coordinates exists in which the metric tensor can depend on two coordinates, only. The metric tensor has been determined with an accuracy to two functions, each of which is a function of only one coordinate. Linear, second-order differential expressions have been found for these two functions. They determine the Ricci tensor. Several solutions of the Einstein-Maxwell equations with a cosmological constant are given.

Field Theory Elementary Particle Quantum Field Theory Cosmological Constant Ricci Tensor
These keywords were added by machine and not by the authors. This process is experimental and the keywords may be updated as the learning algorithm improves.

On leave from the Institute of Theoretical Physics, Warsaw University, Warsaw, Poland.