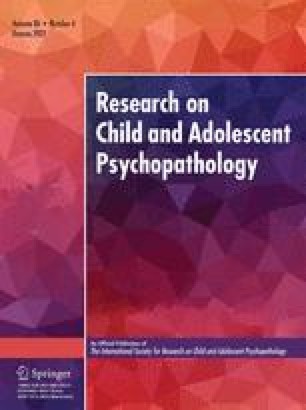 It has been repeatedly reported that when presented with a discrimination task involving multiple cues, autistic children, as compared to normal children, tend to respond on the basis of only a restricted portion of the component cues. This phenomenon has been called “stimulus overselectivity ” and has been implicated as a possible basis for some of the pronounced behavioral deficits characteristic of autism. Examination of the results of several previous studies suggests that the overselectivity effect might be reduced with repeated exposure to testing. However, since the previous studies were not designed to test this hypothesis, no conclusions were drawn regarding variables influencing the reduction of the overselectivity phenomenon. The present investigation was therefore conducted to determine if stimulus overselectivity in autistic children is changed as a function of repeated exposure to testing. Nineteen autistic children were trained on a discrimination task with a cue complex composed of two visual cues. After the children reached criterion on the task, they were exposed to a testing phase with probe trials where the cue components were presented singly. The results indicated that 16 of the children initially showed overselectivity and 3 responded to both cues. Of the 16 children who showed overselectivity, 13 decreased their level of overselectivity with continued testing. These results are discussed in relation to variables in the testing procedure itself and to the literature on selective attention.

Testing Procedure Testing Phase Selective Attention Discrimination Task Probe Trial
These keywords were added by machine and not by the authors. This process is experimental and the keywords may be updated as the learning algorithm improves.

This research was funded by USPHS Research Grants MH11440, MH28210, and MH28231 from the National Institute of Mental Health. The authors wish to acknowledge the assistance of Cathy Hook, Hannelore Wilhelm, and Jon Killion in conducting this research.