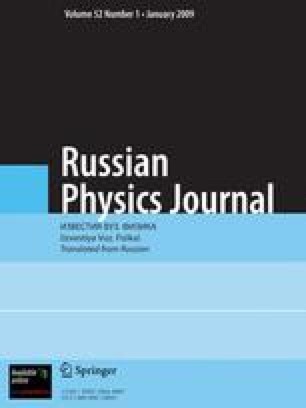 Conditions under which a thermal instability arises in friction

We investigate the one-dimensional, stationary problem of the temperature distribution and rate of plastic deformation in a uniform material under the influence of friction on the surface. The temperature distribution in the material is found by numerically solving the nonlinear heat conduction equation taking into account heat released both at the surface and in the sample interior. We modeled the rate of plastic deformation as a power-law function of temperature. We observed a phenomenon in the solution that might be called a “thermal instability” wherein stable solution exist only for loads lighter than some critical load. The temperature and plastic deformation distribution have a macroscopic character, and cannot be explained by the formation of a thin, highly deformed surface layer that is usually observed experimentally.

Surface Layer Plastic Deformation Temperature Distribution Heat Conduction Heat Release
These keywords were added by machine and not by the authors. This process is experimental and the keywords may be updated as the learning algorithm improves.